Get Your Reps In 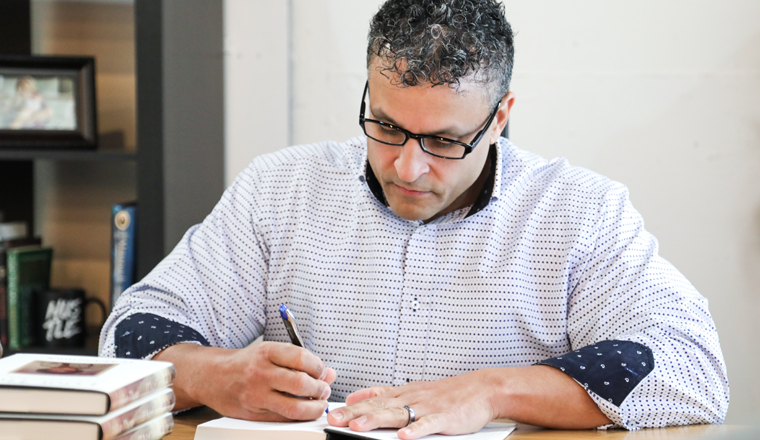 Success in sales is like going to the gym.

What do we see every January?

Every gym is packed with people on their New Year’s Resolution hustle.

Then a month later—if that—the gyms are damn near empty.

Why? Because people weren’t getting immediate results.

I’ve worked with so many people who treat sales the same way. They make a couple calls, send out some canned, impersonal email blasts, and when no one responds, they quit.

If someone went to exercise on a Monday and, after a two-hour workout, told you they were upset because they didn’t lose thirty pounds, you’d look at them like they had two heads.

Then you’d tell them if they wanted to lose anything, they’d have to go consistently—damn sure more than once—as well as get more sleep and stop eating all that sugar.

Not only that, but while they’re going to the gym on a regular basis, they’d have to change up their routine. Weights one day, cardio the next—and they’d even have to make changes within those workouts.

Consistency won’t mean anything if you do the same thing over and over again.

When I was working as a sales executive for a software company, I worked with so many reps who thought four to six touchpoints for a prospective client was sufficient.

I told them, “If you’re maxing out at four to six, you’re an average salesperson—at best.”

“One to three times? You suck.”

Harsh, I know. But it is a reality.

“You get in the eleven to thirteen range, now you’re approaching greatness,” I said. “But if you really want to take it to the next level, you’re talking about thirteen to fifteen touches.”

That’s getting in the reps. That’s hitting the gym five times every week.

Predictably, there was some pushback to this notion—specifically, how did they make that many touches without doing the same thing over and over again?

You’re at the gym consistently. Now change up the exercises. Do the things that make your touches stand out.

Start with that phone call.

Stop by the office.

Send them a handwritten note. No one takes the time to do that anymore, and it’s a personalized touch that says they’re important enough to you to take the time.

FedEx the next piece of sales collateral you send to them. Everyone opens a FedEx package delivered directly to them.

Research your prospects. Find out what they like to eat. Order their favorite dish and have it delivered to their office.

What’s their favorite coffee shop? Get their drink of choice sent to them, or be there when they are, and pick up the tab before they can even order.

Without fail, when I was coming up as a sales professional, the people that I reached out to the most and the ones that took me the longest to get in front of?

Those ended up being the clients with whom I had the absolute best relationships—the ones I could sell to repeatedly. Even though it took 6, 9, sometimes 12 months, the relationships paid off again and again.

I learned that playing the long game took patience and determination, but the outcome wasn’t short-lived. I taught that to the sales reps I worked with then, and still do to this day.

Getting results that last means putting in those reps.

No BS, no spam, and no sales funnels. Just honest and actionable Leadership Lessons in your inbox: https://jevonmccormick.com/join