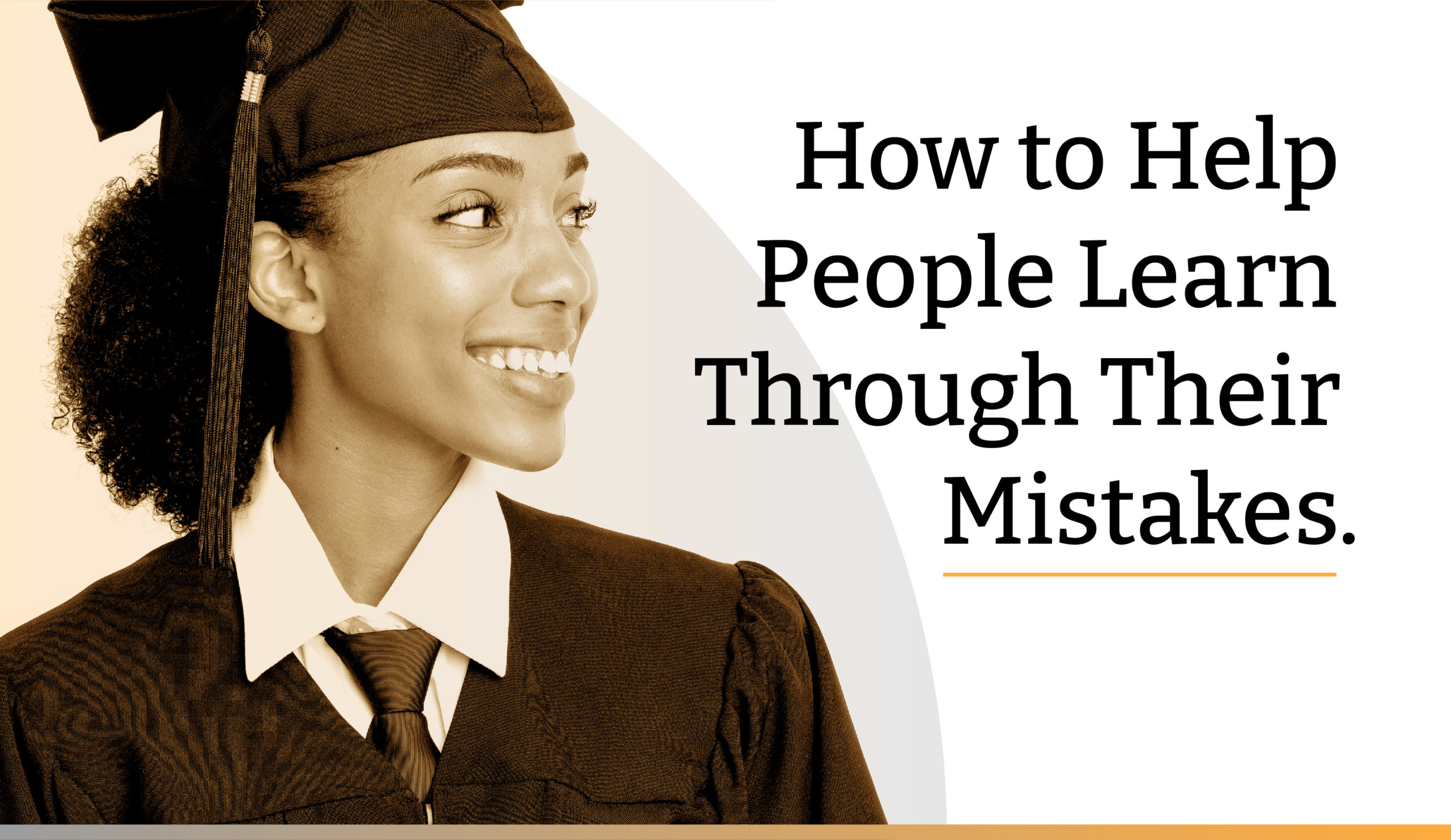 I slid the paper to her across my desk. Our Director of Operations gave me that skeptical look she does when she knows I’m up to something. I told her:

Now, I didn’t send her off with no direction—I gave her 5 general things to ask herself as she looked for information, and even an example template to follow.

But I wanted to see what she’d come up with given almost no background on an exercise.

I know how to write an income statement. I could have told our Director of Operations exactly what to do to create one. Or I could have created the damn statement myself!

But I didn’t. Because I WANTED her to make mistakes—so she could learn from them.

Every business has areas where people can make mistakes and it won’t hurt the company. Those areas represent major opportunities.

The question is: As a leader, are you willing to let something go wrong in order to allow people to learn from it?

The best Business Leaders are.

See, most companies operate under the “That’s the Way We’ve Always Done It” fallacy.

My opinion—and this is not meant as disrespect—that is a bunch of crap.

That’s why instead of telling people how to do things, I ask them WHY they do things. That helps them see some of the flaws in their thinking.

Why did you come in at 9am and leave at 5pm? That’s the Way We’ve Always Done It.

Why do you use this software instead of a better one? That’s the Way We’ve Always Done It.

Why doesn’t someone take out the trash instead of waiting for the cleaners? That’s the Way We’ve Always Done It.

When our Director of Operations came back to me with her income statement, I didn’t say, “You did X, Y, and Z incorrectly.”

Making her explain her thinking helped her see for herself where she’d made mistakes, without me just shoving them down her throat.

We embolden people to make mistakes, because that’s the best way to learn—even if it drives all of us crazy watching the car wreck coming from miles away.

Burn Yourself on the Stove—It’s Good for You

I learned this lesson from my mom, when I was two years old.

Like any toddler, I had no idea what a stove was, so when my mom told me not to touch it that was meaningless to me. I had to see what that deep blue flame felt like.

I reached for that flame.

“Don’t touch that,” my mom said. I kept reaching—and she let me. When I felt the heat of that stove scorch my skin, I cried so loud the whole block heard me.

But I learned my lesson. I have a healthy respect for fire, even to this day.

My mom allowed me to make a mistake, and I learned a deep lesson that will never leave me. That lesson sunk deeper than if she had just slapped my hand away and never let me burn myself at all.

What she did took extreme patience.

Letting people in your company make mistakes will test your patience, too.

But in the long run though, mistakes actually accelerate people’s learning process.

Asking people to do things they’re not fully prepared to do, and letting them learn from their mistakes, helps you grow your company exponentially.

Much faster than if you slapped their hand and told them exactly what to do.

Why Are You Doing What You’re Doing?

When our Director of Operations came back to me with her income statement, it wasn’t perfect.

But after she EXPERIENCED making those mistakes—and thought through why she made them, talked about them with me, and went back to do another one—she never repeated those mistakes again. She got it.

Not only that, but she was now better prepared to look at her other responsibilities with the same microscope: Why is she doing what she’s doing?

Because of that lesson, her income statements did become perfect within a matter of months.

It was all possible because she had the space to make mistakes and learn from them.

Will you give people the OPPORTUNITY to learn from their mistakes?