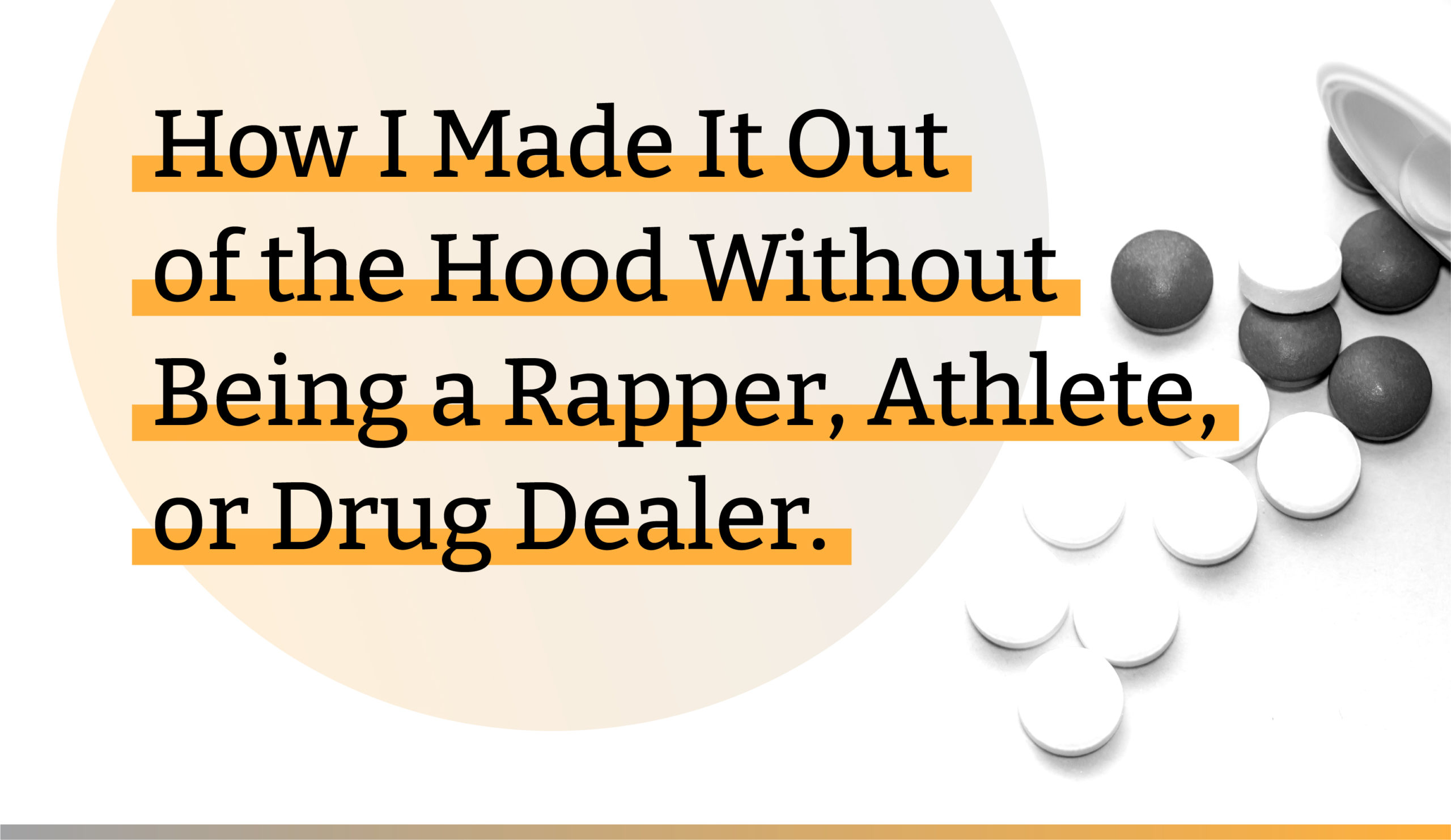 When and where I grew up, we were told there were only two ways to make it out of the hood.

You had to be a rapper or an athlete. That was it.

Nobody ever told us about the third option: business and entrepreneurship.

A lot of kids in the hood choose to be drug dealers—but what if someone told them that they could sell drugs legally?

I know I’ll catch a lot of heat for this, but it’s true: pharmaceutical sales reps are drug dealers.

Before you write that angry email, let’s break it down:

The number one rule in drug dealing is: The First Sample is Free.

Because they know you’re going to like it. They get you hooked with the free sample, which keeps you coming back.

What do pharmaceutical sales reps do? They go to the doctor’s office to drop off their free product samples. The doctor then gives that same free sample to their patients.

The patient likes the product, the doctor writes a prescription, and the rep gets paid.

The biggest difference between that and slinging in the streets is that the rep is doing it legally. They can make 6 figures without worrying about standing on the corner all day and night, risking their life.

No one tells them about that third option, because frankly, no one thinks they’re capable. They’re told their only option is “slinging crack rock or having a wicked jump shot.” These kids in the hood don’t realize that the skills they’ve learned hustling in the streets can be used in business, too.

In fact, they can give them an advantage.

It also means being creative and doing what others aren’t willing to do—because you’ve got no other choice.

When I was a kid, I went to school hungry a lot of days. While there are still kids who experience this, there are also a lot who have no idea what that’s like. In fact, there were some kids in my school who had more food than they could even finish.

However, if I forgot my lunch ticket, I didn’t have food to eat. So, I’d plot all morning. I’d skip recess and find food that other kids didn’t eat.

This kid threw out an unopened bag of chips. I’ll get that.

That kid only ate two bites of their sandwich. I’ll get that, too.

Then once everyone went to recess, I’d start pulling food out of the trash for something to eat.

I had to be resourceful at a very early age, and that has stayed with me throughout my life. That resourcefulness made me better at business, but I had no concept of that at the time. I just needed to eat.

When I moved to San Antonio at 15, if someone had said the word “entrepreneur” to me I would have thought they were speaking another language (I’ve come to find out that “entrepreneur” actually is a French word). Now that I know what it means, I have and will continue to make sure that kids like me will know it, too.

When I get the chance to mentor youth about their potential, I use show and tell. My version is different than what our kids are growing up with—there are no toys or pictures from the last vacation I took. My show and tell is the way it should be done.

I show these kids how to shake a hand and tell them why doing it the right way is important.

I show them what a financial advisor is and tell them how they can become one without a college degree.

I show them an example of attention to detail and tell them why it matters.

I show them a job application and tell them how to fill it out. Perhaps even more importantly, I tell them how to ask for one. You can tell a kid from the hood to go into Burger King for his first job, but if he doesn’t know what to say when he walks in, he’s not even going to get that application.

One of the greatest things my dad ever did for me was take me through the fancy neighborhood called River Oaks to show me the multimillion-dollar homes there. He didn’t say a damn thing in the car ride—he didn’t have to. I’d never seen anything like them, and it opened my mind to what was possible in this life.

When I had the opportunity, I returned the favor.

I took 40 kids from a halfway house on a field trip to the old software company where I worked. There they saw white boards full of code, conference rooms with massive screens, and computer monitors everywhere. We got them hooked up to play Madden in the conference room screens and ordered pizza.

They had the same look in their eyes that I knew I must have had when my dad took me through River Oaks. It was clear that they had never seen anything like that before. Hell, when we got on the elevator, it was the first time most of them had been on one before. I felt privileged to be able to give them that experience.

More than that, I felt proud that I could be an example of someone who didn’t have to be a rapper or an athlete to make it out. I showed them how applying the skills I learned growing up poor and hustling to survive translated to business and entrepreneurship. There was not only a path out of the hood, but one to great success.

Now they know about that third option, and they have a choice and a chance to make it out, too.