The Myth of Low Level Tasks 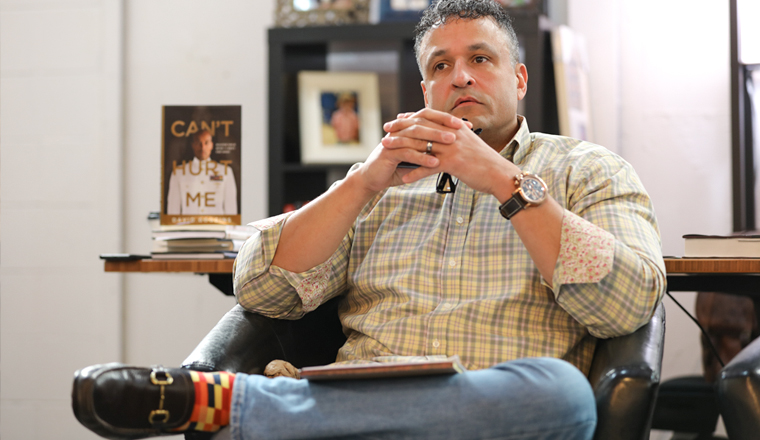 First I heard it in the manuscript department.

Then every other corner of the company.

I finally had enough when I heard it from one of our co-founders.

He asked me why I was doing a low-level task like cleaning out our storage closet.

“You know we hire people who aren’t on a CEO’s salary to take care of that low-level stuff, right?”

I looked up at him. “It needs to be done. The rest of the Tribe is busy driving Results. If this is what they need from me to support them, I’ll do it.”

He shook his head and said, “Whatever you think is best,” before walking away.

I could have told him what I thought about so-called “Low-Level Tasks,” but I figured I’d wait for an opportunity to SHOW him.

That opportunity finally came one afternoon when our weekly office lunch was late, and the Tribe member responsible for it was hustling to make it right.

I could hear our co-founder: “What’s happening? Why is it taking so long to take care of a simple, low-level task?”

The Tribe member explained what had happened and what he would do to make it right. Frankly it was an honest mistake, and he was doing everything he could to fix it.

But the co-founder was not satisfied. I stepped in and asked him, “Why is this so frustrating to you?”

“Because this is easy. We should have our food by now.”

I smiled. I knew I had him. “Would you say it’s important that we get fed?”

“So if the results of this task are important, how can you refer to it as Low-Level?”

Watch What Happens When You Call Them Low-Level

If those tasks didn’t need to be completed at a high level, then nobody in your company would need to do them in the first place. Simple as that.

That “Low-Level” mentality might work in the military, where an Officer can tell a Private to scrub the toilet because the Private is lower in the hierarchy.

Let the military have their hierarchy. But in business? That doesn’t fly.

ESPECIALLY as a leader, if you refer to someone’s tasks as Low-Level, what makes you believe they’ll execute them to the best of their abilities?

The moment you refer to someone’s duties as Low-Level, you forego any expectation of excellence.

Let’s say you refer to an accountant’s duty of building a budget as Low-Level. You’ve stripped him of every motivation they had before you degraded their task.

What’s worse, you cheat them out of their PERSONAL joy for their career.

Even if they make the best budget possible, you’ve also stripped them of YOUR validation for their work because no matter how well they do, they know that in your mind it’s still Low Level.

(And trust me: as a Business Leader, your validation matters A LOT to the people you serve in your company.)

Over time, as you create a militaristic hierarchy of tasks, duties, and responsibilities, you’ll see a pattern: everything you refer to as Low-Level goes to hell.

And the people who perform so-called “Low-Level Tasks” show up reluctantly and unhappy. Because they know that no matter how good they are in their role, they’ll still be the person who performs Low-Level tasks in your mind.

What People Want More Than a Raise

What type of culture do you want to foster?

If people know that the execution of their duties to the highest level is appreciated, they will go above and beyond to turn everything into High-Level Results.

Therefore, calling tasks Low-Level is a direct contradiction to our culture.

So I make a point to thank people for taking out the trash, for picking up lunch, or for cleaning the fridge.

And you know what? People eat it up.

You may not believe this, but some people, whether they say it or not, like being acknowledged for their hard work MORE THAN THEY WANT A RAISE.

Stop and think about that…

When you create a culture of people being appreciated for their work, regardless of what it is, it fosters an environment of people who turn every duty into an expression of their best abilities.

I’m not above cleaning our storage closet and taking out the trash. Fact is, there’s no task in our company that I’m above. And that mentality trickles throughout our company. (I don’t believe in anything trickling down—that implies a hierarchy. I believe mentalities, language, and behavior trickle through your company.)

As people see you and everyone else doing all tasks to the best of their abilities, other people in your company will show appreciation for each other because they know how good it feels.

People start doing the little things right, and they focus on fundamentals, because they know when they do them right, someone will notice.

That’s why there’s no such thing as Low-Level Tasks, and that’s why I stopped our co-founder when he referred to picking up lunch as Low-Level: because if somebody does so-called Low-Level tasks to the highest possible standard, the results are anything but low-level.