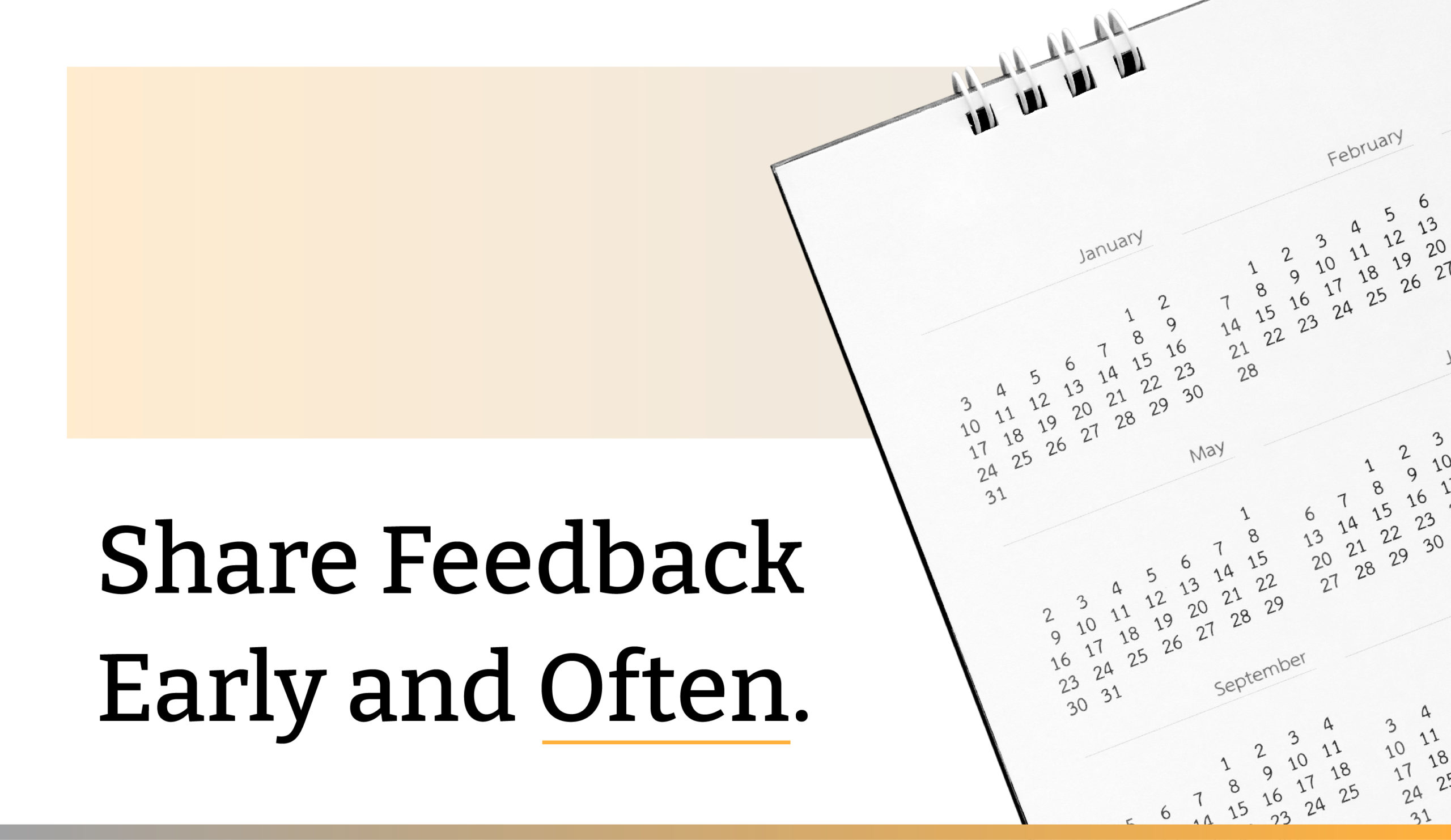 Quarterly and annual reviews are nonsense.

The people you serve in your company cannot grow in their careers if you only review with them at those intervals.

Disagree with me if you like—in fact I hope you do, as I love a good discussion—but I believe quarterly and annual reviews are BS.

If you only sit down with someone once a quarter or once a year to tell them how they’re performing, you’re doing them a huge disservice—especially if the feedback is positive.

Here’s what I mean: Let’s say someone in your company drops the ball on a project deadline in January, but you only utilize quarterly reviews where you share that feedback. While you might address the immediate situation as it’s happening, months will go by before you give them feedback about how this might have been prevented.

Before you know it, the Easter bunny has shown up before you sit down for a quarterly review.

If you sit down with that employee to talk about something they screwed up in January, they might hardly have any memory of it.

God forbid I wait until December.

What if they made that mistake every month after January? They’d never know how to keep themselves from doing it again—or that there’s even any consequences for having done it, because you would have waited until their review to let them know.

You could have saved that person, the company, and everyone else from the same repeated mistake if you had just shared feedback early and often.

I discovered this technique working at the software company.

We gave our programmers feedback early and often because our clients in software were sometimes on 18-month engagements.

Initially, when a mistake was made in the programming, it was turned over to software, and they came to the management team with feedback. The engineers didn’t get any information until the end of the engagement with the client. Mistakes that were made were then made again, because the feedback wasn’t immediate.

Fortunately, we learned quickly how ineffective that was and changed our strategy.

When it comes to feedback, I’m a big proponent of monthly meetings.

Regardless of how big your company is—whether it’s made up of 20 or 200 people—your department heads need to sit down with the people in their department and share feedback every single month.

That includes positive feedback. We don’t offer positive or critical—feedback enough in our society.

Some will argue that they simply don’t have the time. However, if you’ve got the time for quarterly and annual reviews, then you’ve got time for monthly ones.

Monthly reviews give everyone a chance to course correct, and quickly. If mistakes or bad habits go unchecked for long periods, they have the possibility of getting worse over time.

You don’t have to give the people you serve in your company feedback after every single project, but waiting until the very end of the quarter to give them a review is unfair to those you serve, both as individuals and as a company.

Disagree? I’d love to hear from you!