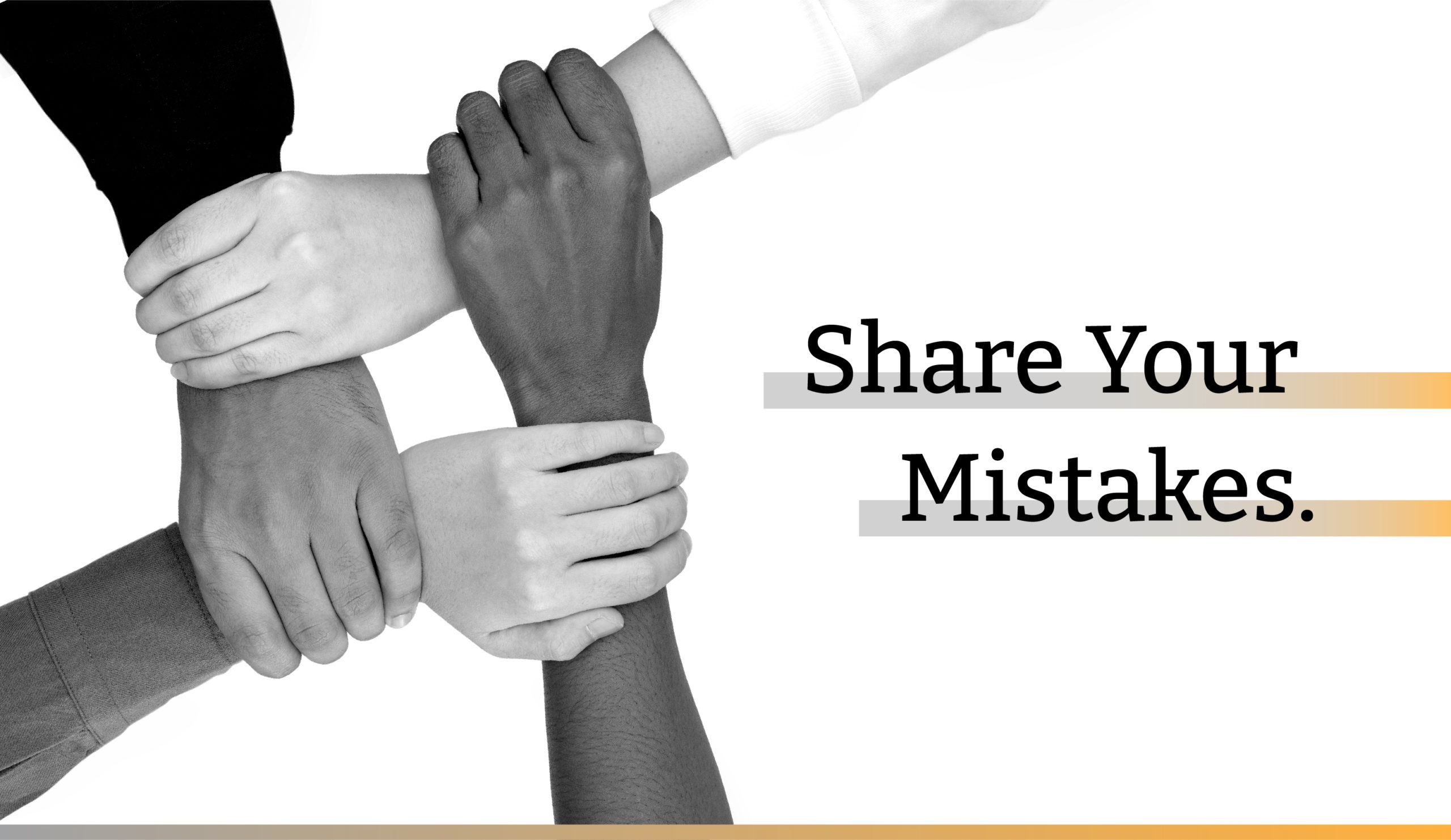 I’ve talked a lot about how I feel not enough leaders share their mistakes—how they only want to talk about their successes, and how they don’t open up enough about what they’ve done wrong.

The thing is—I’m guilty of that as well.

I haven’t been as honest with you all as I can be about the things I’ve done wrong that have taught me how to reach the levels of success that I have.

We hear a lot of talk today about impostor syndrome. With any kind of catchphrase, the more you hear it, the more it starts to lose its power, but the effects of impostor syndrome, especially among high-performers in business, is very real.

I know, because I suffered from it.

When I became the president of a software company, it hit me hard. Here I was, a mixed-race man from the streets of Dayton, Ohio, the son of a black pimp father and a white orphan mother. I didn’t know where my last name came from. My formal schooling consisted of barely earning my high school diploma. I didn’t have a college degree and I damn sure couldn’t write code, yet I was in charge of a business full of people that had multiple degrees and PhDs. Some had even worked at NASA.

My impostor syndrome was large and in charge.

Instead of consulting with some of the brightest minds in software, I decided that everything needed to fall on me. I had to have all the answers. I felt that I was an imposter, and the only way to prove I wasn’t was to do everything myself.

“True leadership is seeking counsel from those who have either been there or done that, and gathering the greatest amounts of information that you can to make the best decisions.”

You can imagine how that turned out.

Things went unchecked. Deliveries on projects ran well over their deadline, sales were lost, numbers were missed, forecasts were wrong—and all of it could have been avoided if I had relied on the people around me.

True leadership is seeking counsel from those who have either been there or done that and gathering the greatest amounts of information that you can to make the best decisions. It is not on you to have all the answers, and if you find yourself in a situation where it is—well, you might be in the wrong situation.

You’ll know because it will bleed into your personal life. For nine months, I struggled, and it put a strain on my relationship at home. I was quiet, withdrawn, and distant, because I was living in a constant state of fear and doubt, and it was a feeling I was unused to. It took a great deal of work to finally push through and ask for the help I needed to turn things around.

What I figured out was that business was business, no matter what the industry. If I’m the CEO of a hospital system, I don’t need to know how to do neurosurgery. I only need to understand what it means for Dr. Smith to execute his job in the right way and what decisions need to be made if he isn’t.

The lesson was not lost on me when I came to Scribe.

Here I was, surrounded by people with Harvard degrees and a founder with three New York Times bestsellers to his credit, and I didn’t know an adverb from an adjective.

A prime example came in the form of how we used to deliver manuscripts to authors. We used to send it all to them at once, which sometimes resulted in unhappy authors when the manuscript didn’t meet their expectations.

I suggested sending them the introduction first to give them a taste—to make sure we were moving in the right direction before writing the full manuscript.

The pushback was immediate. All of the experts leaned on their knowledge to tell me that this was not how it was done in this business.

“Impostor syndrome” me would have folded under that pressure—but as we all should with our first mistakes, I learned from that last experience.

We reached a compromise. We tested my method out with a few authors, and it was a huge success.

Though I didn’t have their experience, I trusted in my business sense, and by collaborating with the experts in the company, even in the face of pushback, we created a part of our process that still exists today.

Had I not made the mistake of allowing my impostor syndrome to dictate my choices at the software company, I would have never had the courage to make the right business decision at Scribe.

In the future, I’ll share more of my mistakes here. My goal in doing so is to help you see that as long as you learn a lesson from those bumps in the road, they will pave the way to your success.

What are some mistakes you’ve made that led to better experiences down the road?