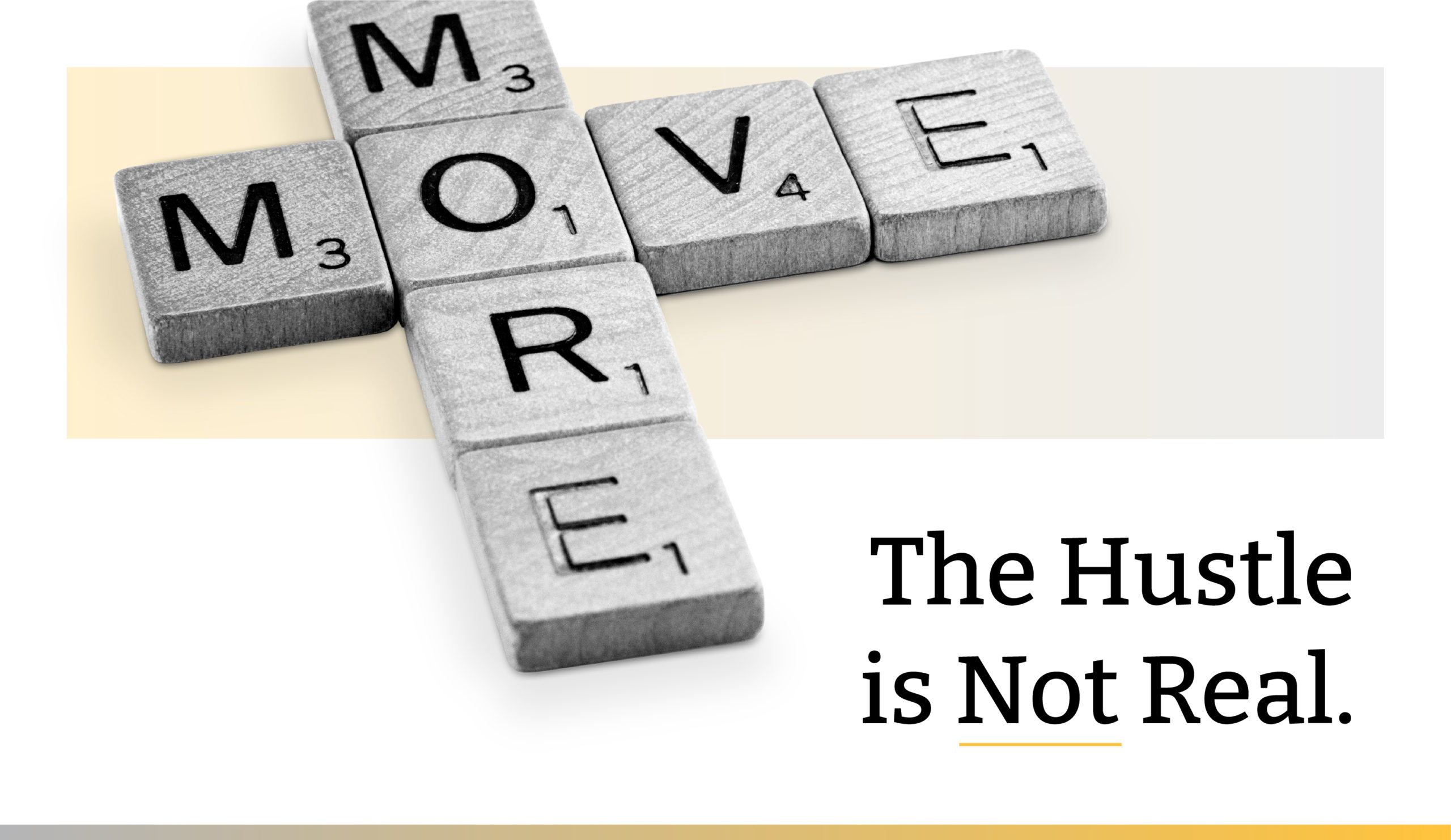 The Hustle is NOT real. Sort of.

Not long ago, I would have argued that it WAS until I was blue in the face.

In fact, when we first opened the Scribe offices, I had the designers paint in huge letters on the wall opposite my desk: THE HUSTLE IS REAL.

It’s because, coming up as a poor kid, I lived by “the hustle.” That hustle is what got me to where I am now, and for the longest time, you couldn’t tell me differently. I knew for a FACT that the hustle was crucial to my success.

But when I had to survive on the streets of Dayton, the hustle there was far different than the one I used in the business world.

Being poor, I had to do whatever it took to make ends meet, by any means necessary. If I didn’t, it meant I didn’t eat. It meant the phone got turned off. It meant we had no heat in the winter.

Did that mentality help me once I made it to Corporate America, especially being mixed race?

Did maintaining that philosophy of “at all costs” continue to help me once I took over as CEO of a small startup?

Absolutely not––but I couldn’t see it at first.

At Scribe, one of our foundational principles is to tell your Tribe the truth. That holds true for everyone in the Tribe, including me––and they did.

They told me they were concerned about me. That I was pushing myself too hard. That I had gained weight. That it was clear I wasn’t taking care of myself.

They were right. I was often tired, I was heavier than I had been in a long time, and there were days where, even though I had been up before the sun, I hadn’t gotten done everything I needed to.

I had deluded myself into thinking that my extra hustle was advancing the company, but it wasn’t.

How many of us have romanticized this concept of the “hustle and grind” at the sacrifice of our own well-being?

How much more are we actually getting done while we’re hustling and grinding?

I realized that in order to serve my Tribe, I had to make the commitment to take better care of myself. I could not drive results for the company unless I first focused on self-care––which was a completely foreign concept to me.

So I promised to get more sleep because it was the one thing I’d been told I needed most often by the people that cared about me.

It wasn’t easy, because I had it ingrained in my mind that, while others were sleeping, I was out-hustling them.

Even so, I gave myself a strict bedtime and revised my schedule to fit in the same amount of work in fewer hours.

I discovered, almost immediately, that I was getting more work done in less time because I had to be more efficient with the time I had, and my focus was much sharper.

The notion of grinding and hustling I had in my head was actually just a story I was telling myself—and it wasn’t true. I realized I was hustling so hard not to get ahead, but to get away––away from Dayton, away from my fear of failure, and away from the feeling I get when I don’t feel like I’m succeeding.

I was using hustle to avoid feeling any of that.

And once I stopped trying to hustle, and started just focusing on what needed to get done, I was better at everything—work, sleep, and life.

Seeing the changes that happened after giving up just one aspect of that mentality changed my whole mindset.

We’ve recently remodeled the Scribe offices, and THE HUSTLE IS REAL is gone. As a Tribe, we’re still focused on results, but in an effective way that allows us to take care of ourselves and bring our full focus to the tasks at hand.