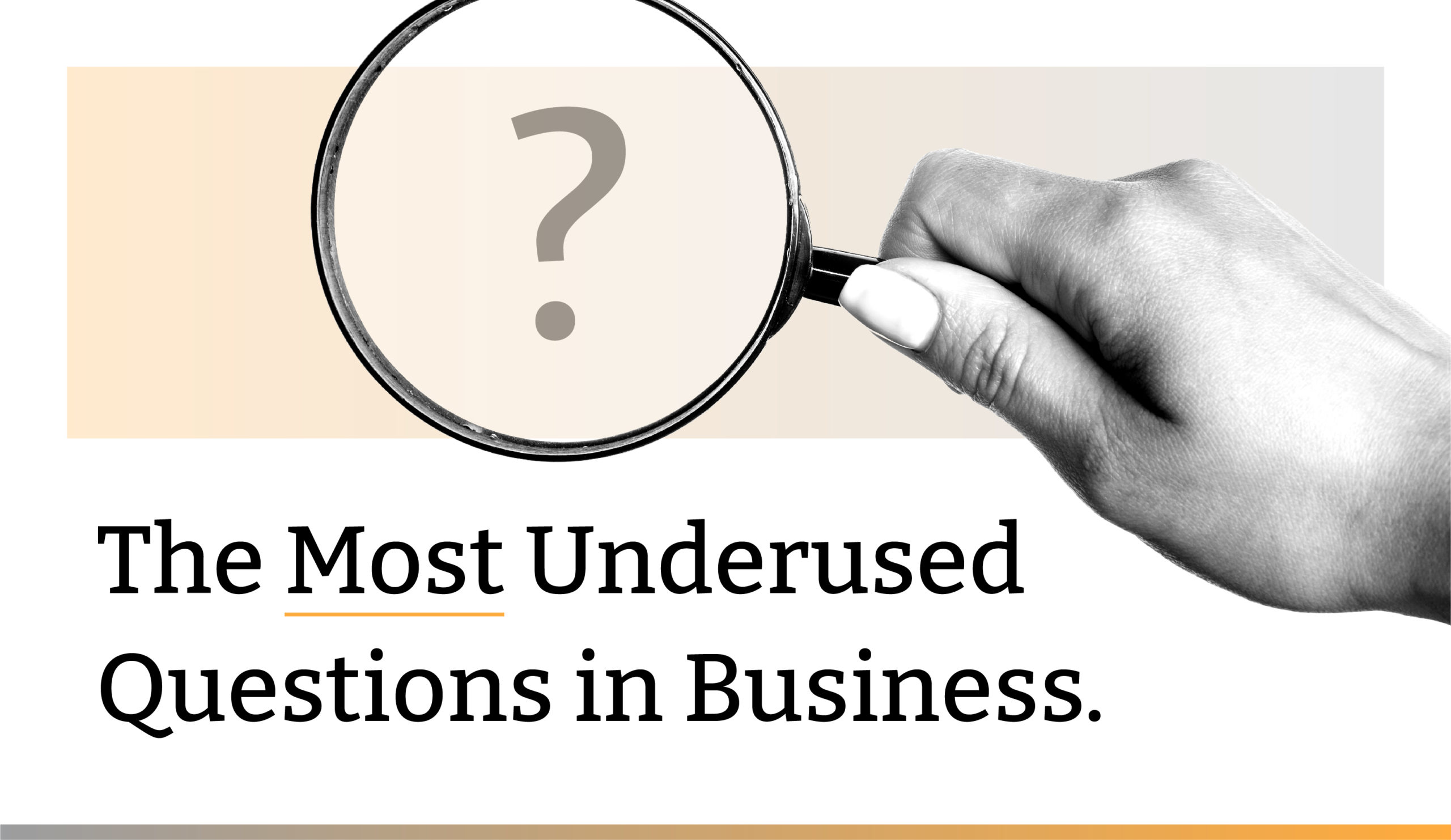 No, it wasn’t an FBI interrogation…but it sure as hell sounded like it.

He stammered and hesitated so much you would’ve thought I was a Federal Marshal.

In reality, I’d asked him a pretty straightforward question: “How will we make up for our mistakes during this Author’s experience?”

He looked everywhere but my eyes as he spoke:

“Um, you know, I think his revisions went poorly because we didn’t, like, encourage him enough. So I guess, maybe, we could offer him additional marketing for his book?”

After you looked past his hesitant speaking and uncertain body language, his idea was great. It was obviously the right course of action.

I could have agreed with him, told him to take that plan into action, and it would have been a great solution to our problem.

But we would have missed an incredible teaching opportunity.

So I asked him a simple question:

You could see the doubt wash over him, and see his thought process shift:

He evaluated his idea with his own thinking, rather than relying on me (or anyone else) to tell him if he was right.

It was a concrete growth opportunity right there in front of him. It was just a matter of whether or not he’d take it.

All because of a simple question…

In Scribe, if someone answers a question or proposes a course of action with uncertainty, we always ask if they’re sure.

To be perfectly frank, we already know they’re unsure—you just heard the uncertainty in their answer—but we ask because their uncertainty tells us two things:

They’re Afraid of Being Wrong

If someone is worried about being wrong, they won’t pick a side. They’ll um and ah and hesitate to give a concrete answer.

In that circumstance, asking if they’re sure guides them to pick a side. They will either validate their idea and stand by it—potentially giving evidence why—or they will say, “No, actually, I’m not sure.”

If they do double down on their confidence, and say, “Yes, I am sure,” we ask another seemingly simple question:

We ask that because something’s not lining up…

They just answered a question with uncertainty, which tells us they’re not sure of their answer, but then they said they were sure when we asked directly.

That tells us one thing:

They aren’t questioning their assumptions.

We work with a lot of smart people. If they’re unsure about their answer, it’s for a good reason, and sometimes that reason is hidden behind their assumptions.

Asking “Why?” forces them to confront those assumptions. If it’s a major decision, we’ll ask “Why” either way, just to get them to explain their answer.

Here’s the deal: maybe their answer is the solution, maybe it isn’t. The uncertainty in their answer doesn’t necessarily tell us their solution isn’t the right one.

It just says they’re unsure about it. If they walk everyone through their solution, they’ll have to think through their assumptions, which will help us find the best solution.

Let’s say the person answered with uncertainty, but after your questioning, you see that their plan is excellent, just like our Tribe Member in the opening example.

That scenario is a result of the second option: they’re looking for outside validation.

In that case, we want to understand why they’re hesitant in their answer. Because if their idea is good, they’ve thought it through, and they’re still hesitant, something’s not lining up…again.

We stop and talk about their thinking. We ask them “Why?” a few times and LET THEM come to the conclusion that their idea is good, without us imposing our own judgment or validation.

“Now Give Yourself the Validation”

In our Tribe, we constantly ask each other “Are you sure?” and “Why?” when we answer questions or propose plans of action with uncertainty.

As for that Tribe Member who had a great plan for Authors post-publication, he responded honestly when I asked “Are you sure?”

“Because it gives this Author validation that their journey will only improve after publication.”

I nodded. “Now implement the plan and give yourself that same validation for your next idea—after you’ve questioned your assumptions.”

The Author was thrilled with the Tribe Member’s constant updates, but more importantly, that Tribe Member trusted his own thinking more from that point forward.

He no longer seeks outside validation, and he’s not worried about being wrong. He’s learned to ask himself if he’s sure about his ideas, answer why or why not with confidence, and move forward with action.

That’s what makes “Are you sure?” and “Why?” such powerful questions.

Will you use them in your business?