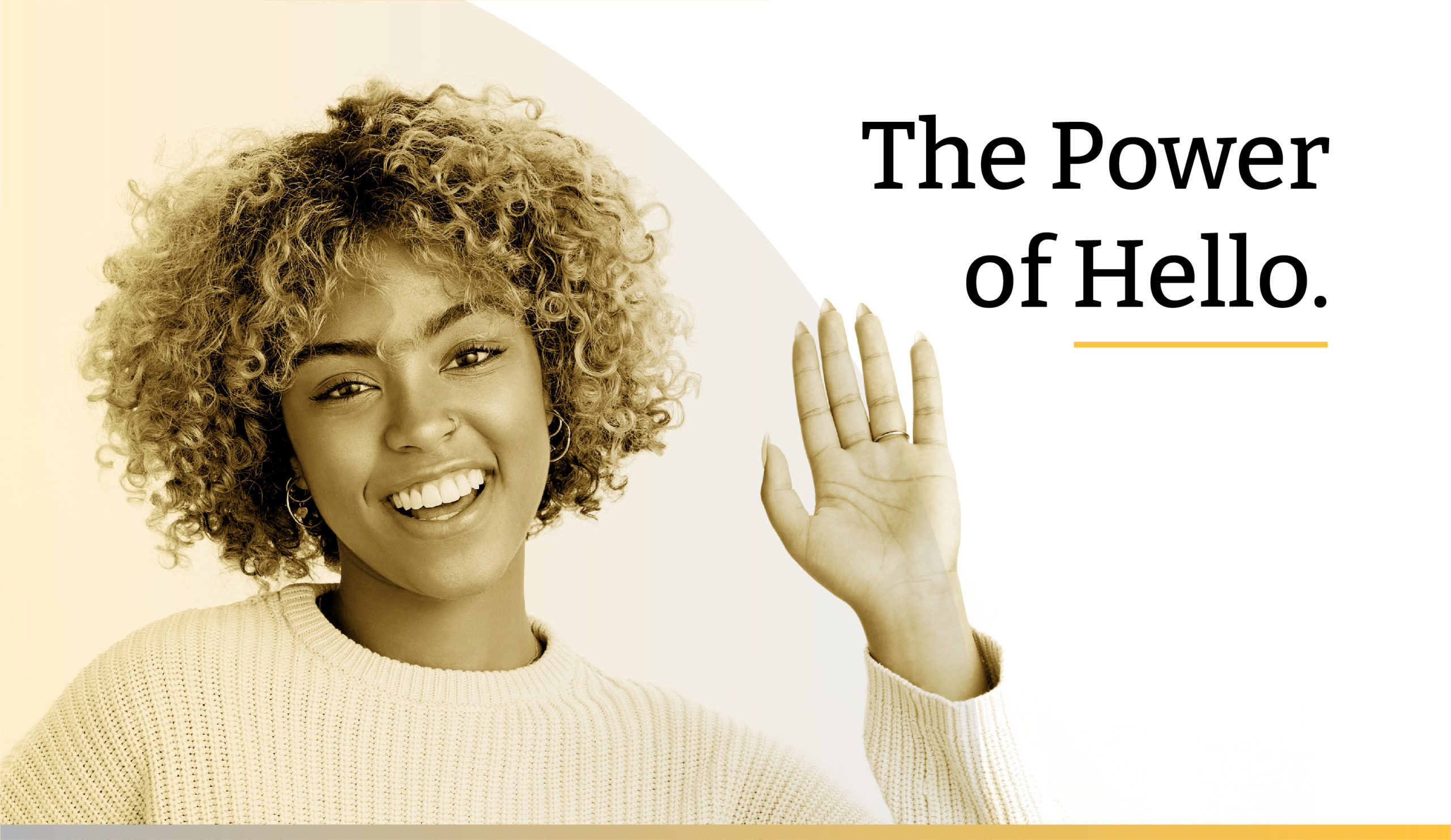 I’ve written in this space before that my father was not a nice man, to say the very least. He was a black pimp in the 1970s, and he was hardly in my life at all.

But there was one occasion that we were together that I’ll never forget because he taught me an invaluable lesson.

I was nine. My father and I were walking the aisles of a grocery store when a little girl from my school saw me and said “hello.”

Back then, I was painfully shy. I looked down at the floor and didn’t say anything back.

My father smacked me on the back of my head so hard that I fell to the floor and my nose was bleeding. He picked me up by my collar and held me against the frozen food door, his face two inches from mine.

“I don’t care who it is, you say hello, be kind, and show respect to everyone.”

This was coming from a man who just hours before had taken me to collect money from prostitutes.

Yet as terrible a person as my father was, one thing was always true whenever we went anywhere:

They treated him like the mayor. We couldn’t drive a block without a bunch of people waving to him.

He’d pull over and talk to everyone, and he seemed to genuinely enjoy it. A drive that would take anyone else 10 minutes took us 40 because he talked to so many people.

He’d strike up a conversation with the cashier at the grocery store. He’d talk to the man waiting outside of the store looking for a handout, giving him a little money and telling him to keep his head up.

Ever since that day in the store, I made it a point to say “hello” or “how are you?” to everyone I encountered.

At first, it was because I was afraid not to. I remembered that smack in my head for a long time.

But looking back, despite the methods, I learned why the lesson was so important—it was because of the way it made people feel.

I’ve seen the smile a simple “hello” can put on someone’s face. The way it even changes their posture. Because they feel seen and heard.

There’s a lot of talk in business today about what can be done to improve culture in the workplace, and a lot of times, we make it too complicated.

Something as small as a “hello” can make a big difference.

Even a pebble dropped in a lake makes ripples.

When people are acknowledged, it can make them feel special. It can start their day with a smile, and that mindset can carry over through the rest of the day.

Better yet, they might do the same for someone else. Who knows how much someone might have needed those two seconds of your time to make their day better?

No matter if you’re an entry-level employee or the CEO of a company, never underestimate the power of what a “hello” can do to change the trajectory of someone’s day.

Putting them in a positive mindset can enhance their productivity and their interactions with their team.

Simpler still, it can make them feel good. Who doesn’t want to feel good at work?

Taking time out of our day to engage with someone—especially now when, out of necessity or not, we spend so much time with our heads down on our phones—can have a tremendous impact.