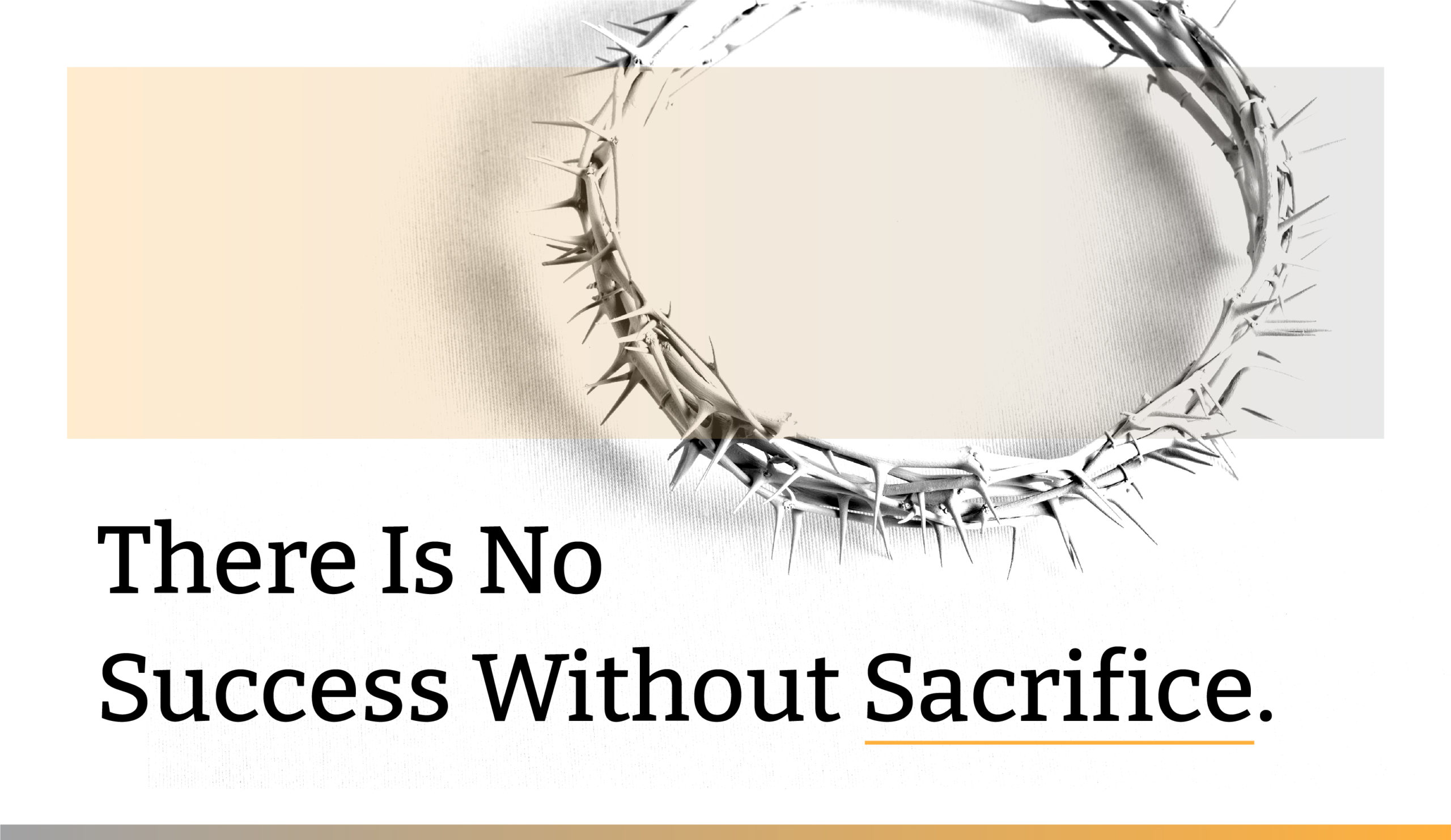 I dare you to become successful without sacrificing anything.

Try it. You’ll discover the Truth: There is no success without sacrifice.

Clinton had a young daughter.

And Obama had two young daughters of his own.

All 3 gentlemen sacrificed time with their daughters to be President of the United States.

They each missed bedtimes, sporting events, dinners, and who knows what else.

They sacrificed those moments with their families for the Greater Good of the country AND for their family’s success.

But people see the cars, houses, and money of successful people and say, “I want that, too.” Then refuse to sacrifice for it.

Will you make the necessary sacrifices for success?

The Problem with Binge-Watching

How much time do you believe LeBron James sacrifices to watch television instead of seeing his son?

How much time do you believe he sacrifices travelling to road games instead of seeing his son?

People look at LeBron James and they see the greatest basketball player to ever step on the court. They see the championships. The MVPs. The endorsements.

What they don’t see?

The 11-day road trips. The late nights in the gym. The early mornings in the weight room.

He BINGES on basketball.

But all of that time he spends on the game is time he could spend with his son.

If you’re not willing to make a sacrifice—not just with your family—don’t be surprised if you don’t reach success.

Look at how you spend your weekends.

I don’t get bothered by much, but when someone says they spent a weekend Binge-Watching a TV show, that’s pretty damn offensive to me.

You can’t go home at 5pm on Friday, Binge-Watch Game of Thrones from 6pm Friday night until Sunday night, then turn around and complain that you’re not successful.

When was the last time we celebrated someone Binge-Studying their 401(k) for a weekend? Reading leadership books? Planning their financial future?

We don’t celebrate those people. We only celebrate the ultra-successful for their accomplishments, not for the sacrifices it took to get there.

Lowest Paid to President in 5 Years

People like to talk about the fact that I went from the lowest paid person at a software company to President in 5 years. They love asking about the ultimate benefit. But people rarely talk about how I did it.

First and foremost, I was surrounded by people far smarter than myself (very key).

In fact, during the birth of my first child, you can even see my laptop in the background of a delivery room photo—putting in a full work day…

I say: There Is No Success Without Sacrifice.

I spoke at a conference recently. I got to the hotel on Tuesday and stayed until Friday. On every one of those nights I didn’t tuck any of my children into bed. I missed bathtimes. I didn’t get anyone dressed for school. And I didn’t have dinner with anyone.

That’s not to say I go by Elon Musk’s method of working 120 hours a week.

If You Died Tomorrow…

Every single week, I ask myself an important question:

“If I died right now, would I have any regrets?”

That question keeps me Aligned to the people in my life and the sacrifices I make.

The answer, invariably, is: No, I wouldn’t have any regrets for the sacrifices I’ve made for my family’s success. HANDS DOWN.

My kids go to a private Christian School, I’ve taken them to Disney World, they’ve stayed at Five-Star hotels, and they live in a gated community.

If I pass away today, my family will be financially secure.

So ask yourself that same question: if you passed away right now, would you have regrets?

If society wants to shame your sacrifices for success, remember:

Whether you’re President of the United States, President of a business, or the lowest paid person in a company, there is no success without sacrifice.