The Two Questions to Ask Before Firing Someone 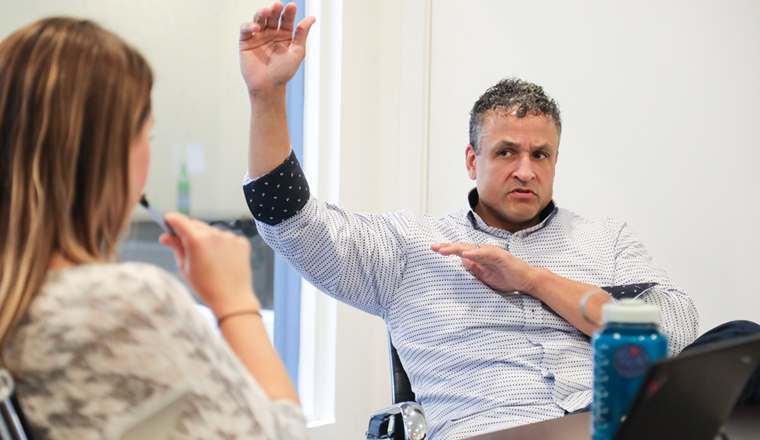 When I took over as CEO of Scribe Media, one of the first things I did was evaluate the current team. The founders knew they had one or two people who probably weren’t performing, but they didn’t think major changes were coming.

I knew with two weeks there were at least 5 people who had to go. (I ended up firing 8 of the 14 people there when I came on).

Of course they totally disagreed with me—how could I think that, after only dealing with them for a few weeks? I explained:

I use a simple but powerful test. For each person, I ask:

If the answer to #1 is yes, you’re done. They’re great, get them what they need to perform in their role and move on.

If #1 is no, but #2 is yes, then figure out exactly what they need to do better, communicate it clearly to them, and make a plan to coach them. They get 90 days, and they either meet the standard or they don’t. If they don’t, then they go.

If the answer to both is no, exit them with dignity and respect–but do it as quickly as possible.”

I walked them through the whole team, one by one, asking them the direct question, “Would you enthusiastically rehire this person today?”

It was one of the most painful hours of their lives. Watching them realize that there were a LOT of people on our team we would not enthusiastically rehire was disheartening. No one wants that to be true.

For each of those, we then discussed whether we could coach them up or not. This was much harder for them to figure out, because they didn’t have a lot of managerial experience. I had a simple process that helped:

To see if someone can be coached up, ask these questions:

Here’s an example of how this worked with a salesperson:

What are all the skills the role requires?

For us, sales requires good organization, good command of book publishing information, excellent phone skills, the ability to quickly build rapport, and the ability to be authoritative, but still warm and enthusiastic.

Have you seen evidence of these skills in their work?

This individual has shown good command of book publishing information, and some ability to convey authority. His organization, conversation and phone skills are below average, and he has not shown any ability to build rapport, or convey warmth or enthusiasm.

If yes, why are they not getting results? Where is the disconnect?

If no, do you see evidence they can quickly learn these skills?

He’s been coached extensively in rapport, relationships and warmth, and has not shown much improvement. His calls still feel cold and mechanical and judgmental to potential authors. This deeply impedes his ability to close deals.

This process made everything clear. It helped us see exactly where the non-performers were struggling, enabled us to evaluate whether we were able to coach them up, and if so, what the exact plan would be to get them up to par.

We did this with all the people we weren’t excited about rehiring. And the founders fought me on  almost every conclusion. Even though they didn’t really argue with the factual evaluations, because the facts weren’t really under dispute, and it was clearly correct that lots of our people were not meeting our standards–they still argued with the decision to fire them.

Their arguments boiled down to the fact that they were good people, they liked them, and they wanted them to succeed.

I had to stop them:

“It’s great that you care about them, but no one wins if they’re in the wrong role or company. The company loses, because the role isn’t being executed. They lose, because they aren’t developing, they aren’t contributing and being valued.

But you know why I’ve always had amazing teams working with me? Because I’m ruthless in eliminating my hiring mistakes—either by coaching them up, or coaching them out.”

The only thing worse than making a hiring mistake is to keep making that mistake, because you won’t admit to yourself that you made it (this is called the Sunk Cost Fallacy). Everyone loses when the wrong people are in the wrong role.

By the time we were done four months later, we’d fired all 5 people that I identified early on. We made real efforts to coach up each of them, but they just did not have the skills for the specific role they were in (which is why hiring the right people to begin with is so crucially important).

There is a good part to this. The way we coached them and exited them was so great, 4 of the 5 were not upset at all. In fact, multiple people wrote me an email thanking me for the way we let them go.