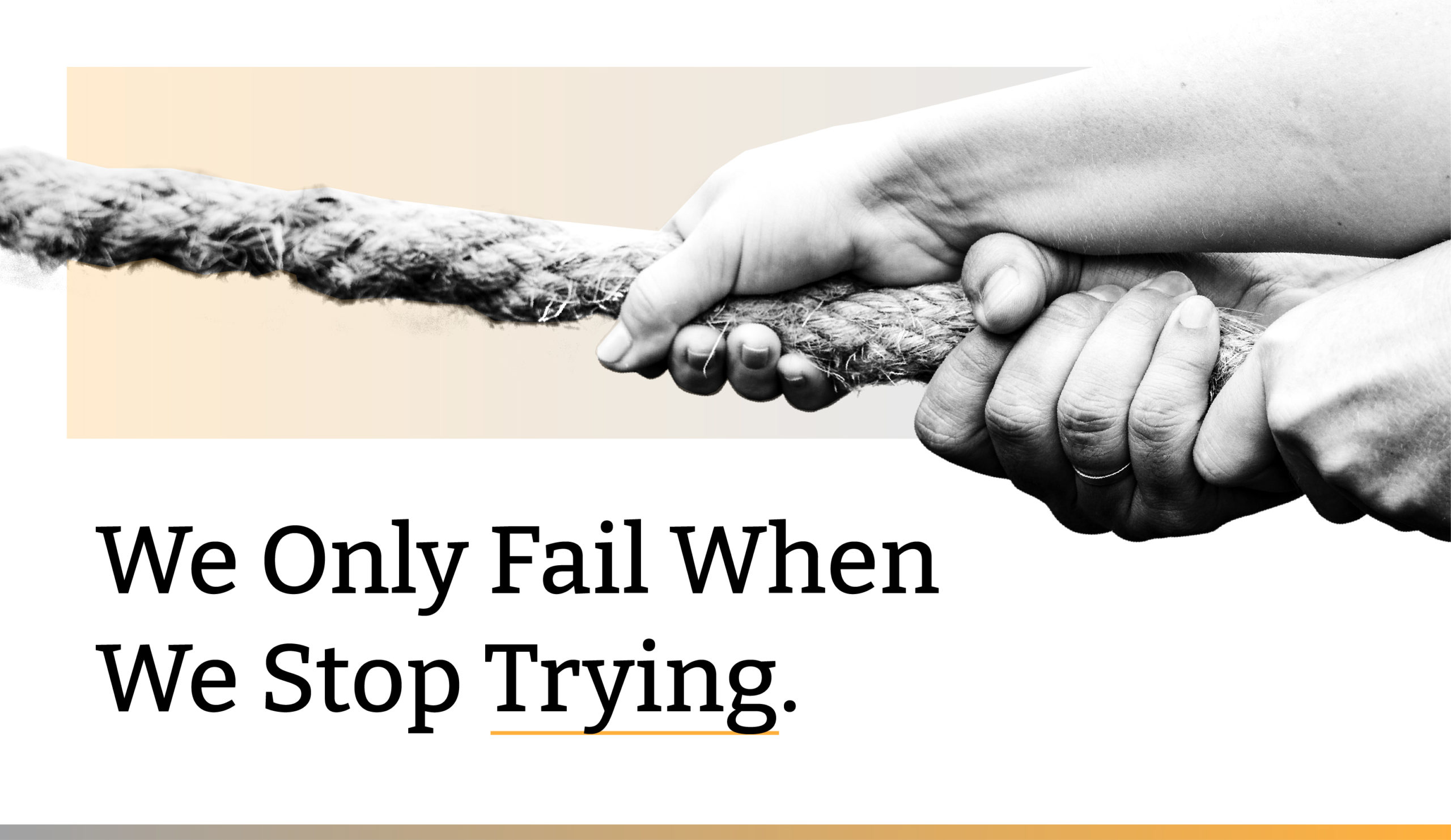 We hear a lot of talk today, especially in entrepreneurial and startup cultures, about failing.

People are constantly telling us that we should “fail faster” to get our lives and businesses where they need to be.

To be honest, that phrase is complete bullshit to me.

I don’t want to fail faster—I want to learn faster.

Whether it’s in your personal life or in business life, remove the word “failure” from your vocabulary. Don’t look to “fail faster” to improve, because using the word “fail” gives you an excuse to quit on something that just might have needed extra work to improve.

Too often, people confuse making mistakes with failing. They seem similar, but they’re not.

When you make mistakes, you can learn from them to ensure you don’t make that same error again in the future.

This is different than failing. Failing at something means you stopped trying.

If you set a goal to lose 10 pounds this month, and at the end that final week you only lost eight pounds, you didn’t fail. You simply need another week to get there.

Your mistake might have been in underestimating how much time you needed to make your goal. Maybe you didn’t plan your meals in the right way. These are things that you can correct and improve for next time.

You fail if, after losing the eight pounds, you give up and go right back to how you were eating because you didn’t hit the goal you set for yourself—and most importantly, you learn nothing.

I’ve seen working parents be especially hard on themselves when it comes to the difference between failures and mistakes.

Every parent makes mistakes with their children—at least once a week, if not every damn day. You’re only failing your children when you give up on them (and yourself). The goal is to learn from your mistakes (and not repeat them).

How many times have we picked up the phone to check our email, knowing that it’s supposed to be family time?

How many times have we raised our voice, or even yelled, knowing it was the wrong thing to do?

I’ve done both, but instead of feeling like a failure as a parent, I thought about it as a mistake, and learned from it—and it was my child that taught me.

My daughter is on a kick now where she wants to do 100 cartwheels, and she wants me to watch and count for her. As we were doing this one day, and I was on number 72, an urgent work-related message came across my phone.

Now, I know I should have put that phone down and continued counting cartwheels—but I didn’t. I read the message, and my daughter noticed immediately.

“Dad, you’re not watching,” she said. “You said you would count!”

“You have to give me a minute,” I told her. This went back and forth a few times.

And then I snapped at her. “I said you have to give me a minute!”

You might expect that she cried in that moment—but she did something worse.

She snapped back at me—and she’s 5.

In that moment, I’d had the clearest picture possible of the example I was setting for my child, and I didn’t like it.

It would have been easy for me to say to myself that I was failing my daughter as a parent—but that would have meant giving up and not trying to do things better.

Instead, her reaction let me see that I had made a mistake—more than once—and this was my opportunity to learn from it.

Trust that it’s always okay to make mistakes if you learn from them.

But it’s never acceptable to give up.