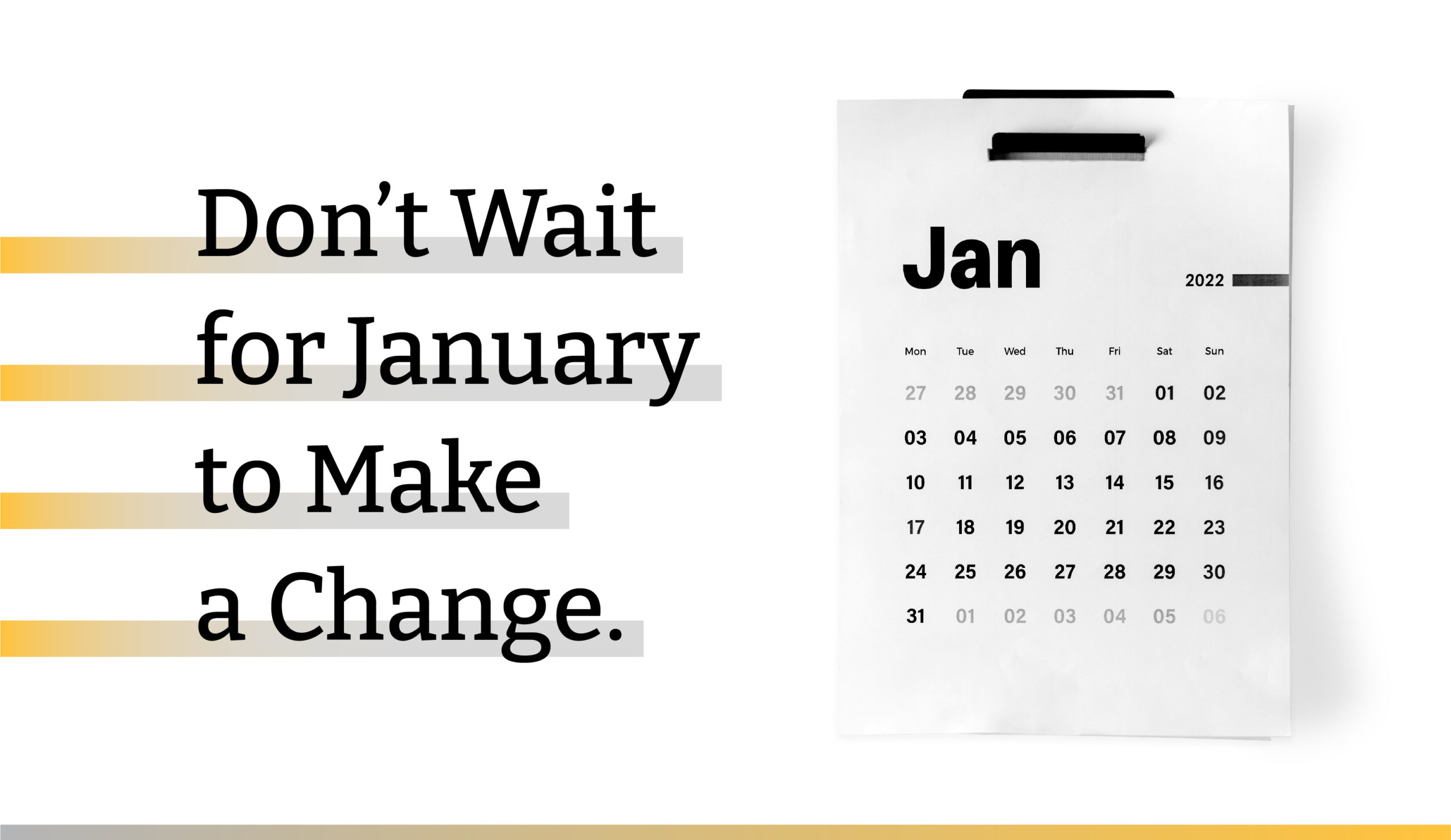 And just like every other year before this one, I find myself asking the same question:

“Why wait until January 1st to start something? Especially something important or life-changing?”

Some will say they’re going to stop smoking in the new year.

If you woke up today at 6:55 a.m., stop smoking at 6:56. Why restrict yourself to a fictitious limit based on a made-up holiday?

Because it gives us a built-in excuse. It allows us to say to ourselves, “Yeah, I know this cigarette I’m going to have today is bad for me, but it’s okay because I’m quitting the first of the year.”

And we do that out of fear. We’re afraid of taking that next step today instead of tomorrow because it means committing to something at which we might fail.

It’s the same in work and business.

If you’ve got an idea for some new initiative, or if you want to go back to school to get your MBA and advance your career, what magical thing is going to happen in thirty days that’s going to make that happen?

If you start tomorrow—if you start five minutes from now—every day that you work towards whatever your goal is takes you one step closer than you would have been if you started a month from now.

There’s another problem inherent in this way of thinking.

Someone once sent me an article that said it takes 28 days to build a habit.

Just like the New Year’s resolution, as soon as you tell someone that, they get it in their head that it’s going to take them 28 days.

It’s great if someone starts working on that habit from day one.

But then they slip. They hit some speed bump or setback.

Then they say to themselves, “I couldn’t make it 28 days, so I’m just going to give up.”

All it does is gives us an excuse to give in to our fear of failure. We can’t fail if we don’t start, right?

It’s far easier to talk about starting than it is to actually do it.

You want to write a book? How long have you been wanting to write it?

How many times did you tell yourself you were going to start writing it in the new year and never did?

Have an idea for a new business? How about an app?

Have you started working on it yet?

The ones who do? They don’t wait until tomorrow.