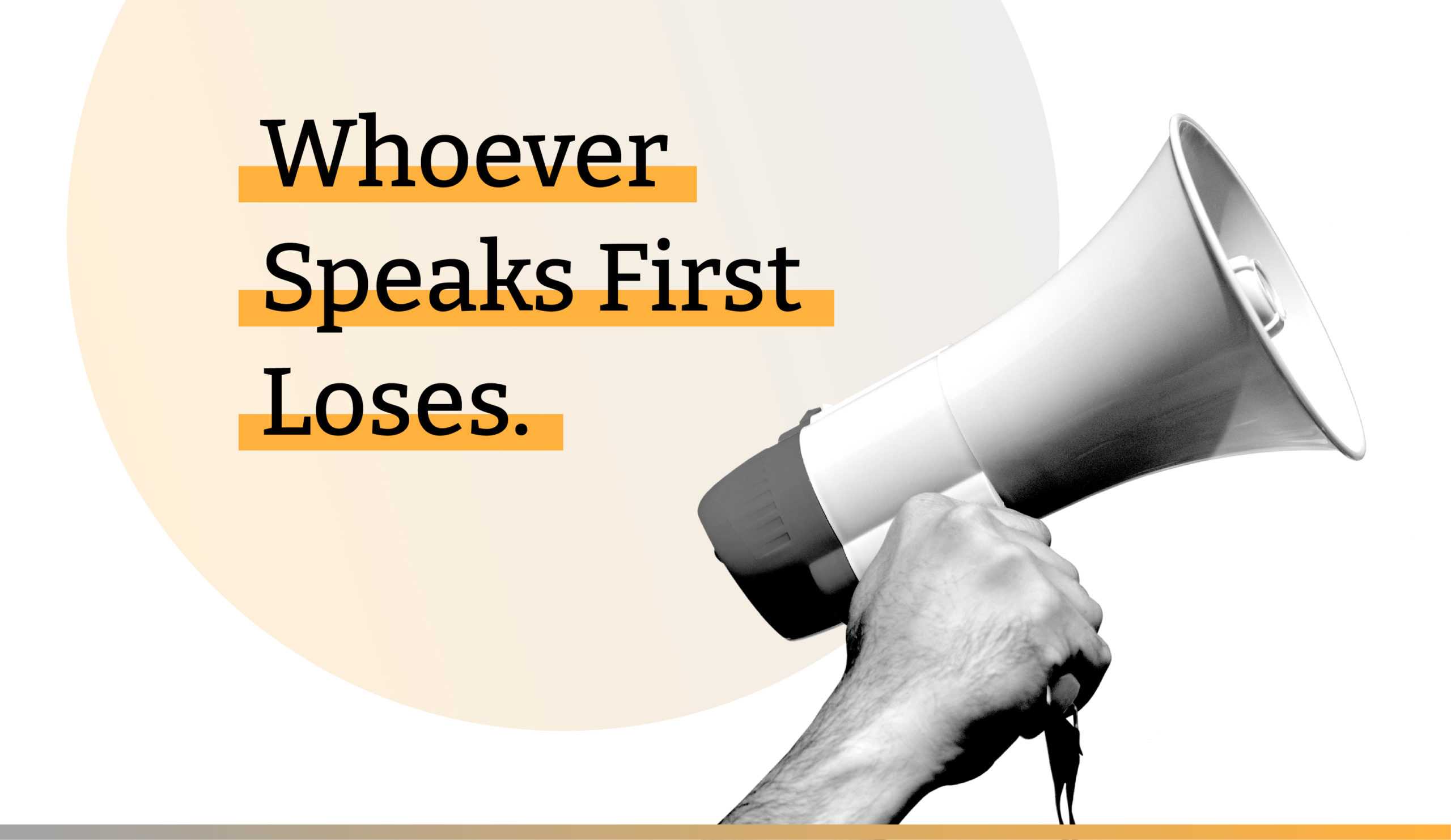 So many people fear silence. Because it makes them uncomfortable, they trip over themselves to fill it.

I saw it happen in a marriage proposal once. A man asked a woman to marry him and she didn’t say anything right away.

Immediately, he got flustered.

“Oh, you can think about it if you need to. You don’t have to answer right away.”

You’re on the phone with a salesperson and you want to get the payments or the interest rate down, and you ask them:

In all likelihood, they’ll put you on hold, pretend to talk to their manager, then come back and say with a sigh:

Now, most people would start in with “I can’t afford that, I really need it at 5%,” blah, blah, blah.

But you’re not. You just lost.

Next time sit there in silence on that phone salesperson. What will happen?

They will get so uncomfortable that they’ll fill that silence by saying, “You know what, let me talk to them again and see what else I can do for you.”

Why does silence cause us so much anxiety? Why do we have to fill it with things we don’t need to say?

We do it because we’re afraid. We anticipate what we THINK the other person feels, and we try to talk around it. We think to ourselves:

“Maybe they didn’t like my question. What are they thinking? Why aren’t they saying anything? I better say something!”

You want to hear a secret? They’re uncomfortable in that silence, too!

By staying silent, you force them to play their cards, and then you can understand what their position is.

If you speak first, you’ve just given that other person valuable insights about you that they can use to negotiate a better position.

Don’t fear silence. You never know what you might hear.