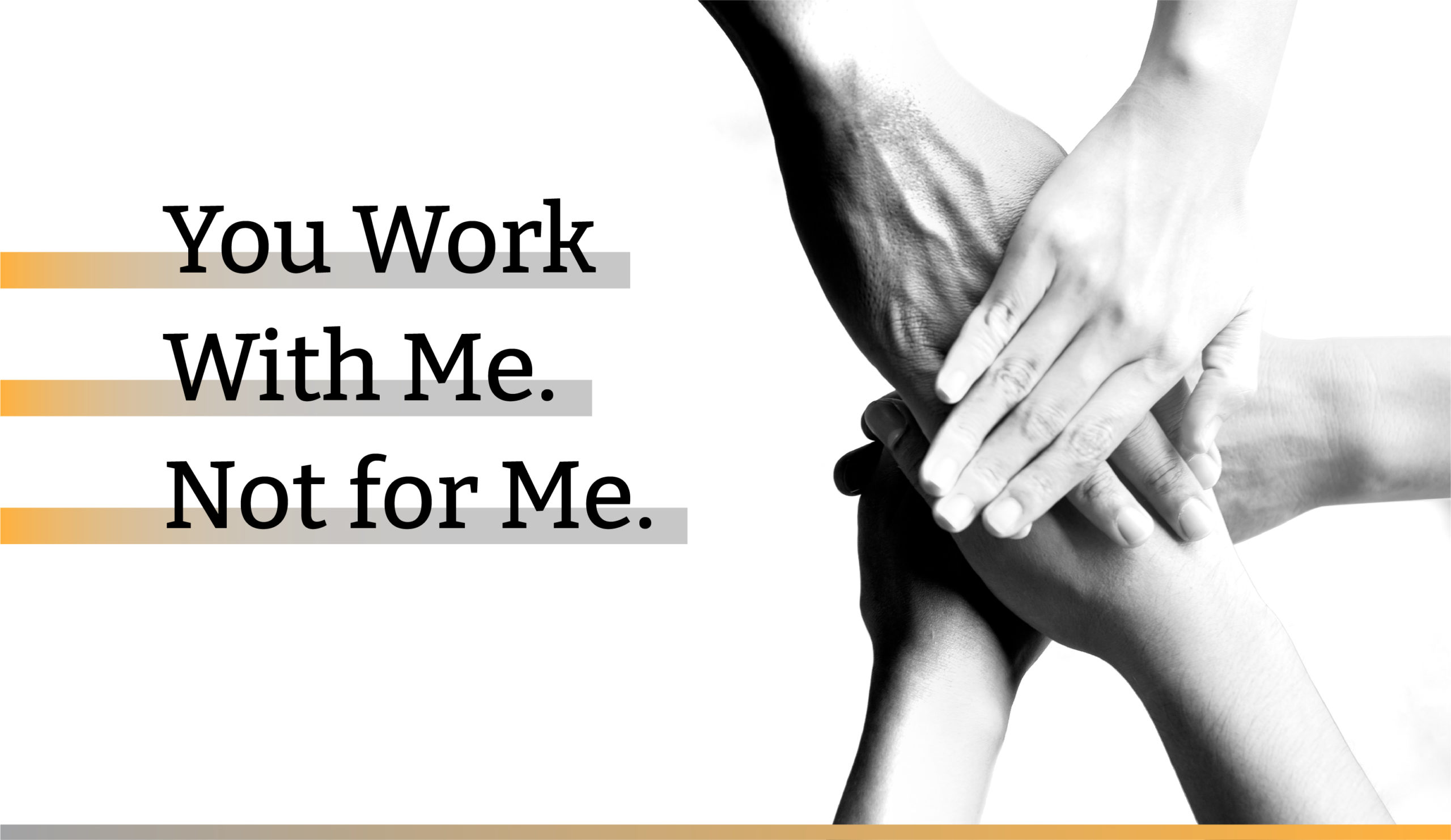 I don’t believe—nor do I ever say—that people work for me.

Every member of our Tribe works with me.

No leader is any more important than anyone else in their organization, no matter what position they hold, and no leader is better than the people they are surrounded by.

And I do mean every leader—no matter what position.

I’ve worked in plenty of situations where the leadership adopts the mindset that they are above the people that make up their team. It can be toxic.

That creates an environment where people feel that their work is not as important or appreciated as the manager, the vice president, president, or CEO.

On the leadership side, those titles feed into their mindset. They feel a sense of power, that those on their team have to do what they say, regardless of whether or not it’s the right thing, without question.

It becomes what I call a “dictatorship company” structure.

In the early days of my management career at the mortgage company, it was difficult for me to wrap my mind around the idea of people working for me.

I had a GED. I never felt like I was smarter than anyone else. As such, I wanted people to know that we were in this together. We were on the same level, whether someone had multiple degrees or none at all.

Leveling the playing field meant everything came down to results. How do we work together to accomplish our goals?

I’ve said it before, and I’ll say it again—three letters behind your name does not make anyone a leader. Serving the Tribe to the utmost extent is what makes someone a leader.

Now, I know that all of this might sound like lip service. Some of you might say, “You can say you’re not someone’s boss all you want, but at the end of the day, you really are.”

But you’d be wrong—particularly because this isn’t just about me as a CEO.

For example, at Scribe, we don’t have the title “manager,” nor do we have “direct reports.” What we have are “Direct Supports.”

That means that EVERY leader, every department head, including me, is responsible for directly supporting members of the team they are on.

No one “reports” to anyone. That ensures that everyone in leadership keeps the mentality that it is their responsibility as leaders to serve those they work with. Yes, of course everyone is responsible for results to others, but the point is that we are responsible to each other, not to someone who is “above” you.

We’re here to support our team in their careers. No one in the Tribe is anyone’s manager or boss, because who wants to be managed? We all want to be supported and responsible to others.

Maintaining that mindset feeds directly into one of the most important aspects of our culture—asking questions.

When a team feels respected and that their opinions matter, then they will volunteer thoughts and ideas that are critical to the success of the company.

And let’s be honest—much of the great work doesn’t come from the leaders. It comes from those who they support to do their jobs to the absolute best of their ability.

By reminding everyone in our Tribe that we all work with each other, and that we support each other in our roles, we stay focused on achieving a common goal—together.