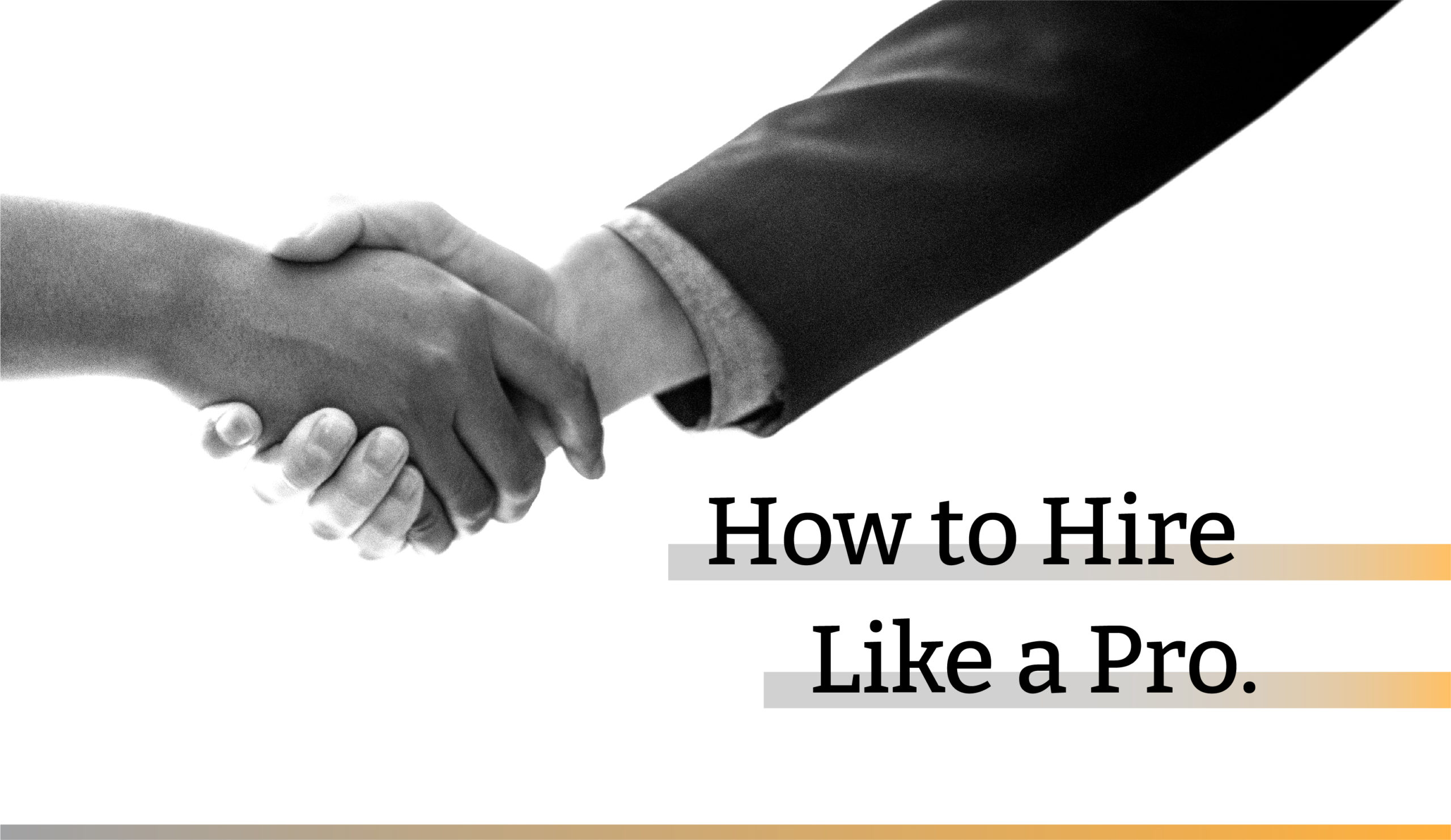 When I started as the CEO of Scribe Media, they were proud of their hiring process. But to be honest, it was broke as hell.

The founders did NOT like hearing that. They argued and got upset. But the evidence was clear:

“Let me get this straight—we’ve had to fire 9 of the first 11 people you hired. And you think you have a good hiring process?”

They actually laughed out loud.

The sad part is they REALLY DID believe they had a good hiring process! Here’s the problem, and I see this with so many startups: because they used a cool hiring management funnel (Spark Hire), and they used fancy personality tests (like the Berke), and because they did all the things they thought fancy entrepreneurs were supposed to do, they thought their process was good.

I wasn’t against those tools, but I pointed out what they were missing:

“You guys made this too complicated. Hiring is about answering three questions:

Do they have the skills?
What is the proof they can do the role?
Do they exhibit the Values & Principles of our culture?

All the cool processes and funnels you guys use are fine, they help—but only if they serve us getting those fundamentals right.”

This wisdom is not only mine. It aligns perfectly with what Google found from a decade testing their hiring process.

So what we had to do was take them from something that felt like a good hiring system to a real, professional hiring process. This is what we do now:

They believed they had a list of skills that each role required. The problem was that they were things like “smart, works hard, ambitious.” Those are not skills. Those are personality attributes or general attributes.

Because of this, they’d end up picking people out of the process who “seemed impressive.” That makes sense, doesn’t it? To hire impressive people?

Looking for Impressive People doesn’t tell you anything about how that person thinks, what their work quality will be, or how they will perform in the role, because it’s not evidence of the skills that role requires.

General impressiveness is how to make friends or admit people to colleges. It’s not how you hire for a specific role. You need to first deeply understand the precise skills the role will require for success.

Instead of talking about general impressive attributes, we now list the tasks they will do, then the skills necessary to do those tasks. Something simple, like this:

Seems obvious. But they weren’t doing it.

2. Ask for specific examples of those skills

The next step was to see proof of these skills. They were screening the initial candidates with video, which is a great way to do it.

The problem: they weren’t asking the right questions in the right way.

The questions need to get at real life examples of the skills we’re looking for. Have they demonstrated performance of the skill or not, and to what extent in what context?

So, if the skill you’re testing for is being a self-starter, ask them to tell you about a time they have learned something on their own, outside of work.

If we are testing for the skill of understanding and relating to people, we ask about a time they went outside the standard operating procedure and solved a customer’s problem.

That was the key thing for us. Before, we were asking questions with no real objective. We were giving people a chance to impress us, instead of having them talk about specific times they showed a specific skill the role would need.

We now go a step further, and have people demonstrate the skills, at least to the extent possible in the interview process.

For sales people, this means selling us on hiring them.

For scribes, this means testing their writing.

Now, every question in our hiring process has an exact purpose, designed to show us proof of a skill the role needs. We can actually see if they have the skills or not—evidenced by specific examples—and then judge if their skill level is up to what the role requires.

3. Use the hiring process itself as a test

This was a next level maneuver. We started using the hiring process itself as a test of skills (and cultural fit). We made the interactions outside of the formal process as part of how we actually graded people.

For example, we’ll email and ask additional questions. We want to see how fast they respond to us, how they answer those questions, how they write an email, etc. People can’t help but tell you who they are. You just have to give them the chance.

Also, on the SparkHire videos, everyone can review their video before they send it in. It’s easy—I’m not a technical person and I figured it out.

Some of the videos that came in were horrific. That shows you who this person is better than any interview question. We judge the quality of the video, not just what they say on it.

We now see everything in the process as a test of something. You can often see the most important pieces of information outside the formal parts of the process, where people don’t think they are being evaluated.

This works for us. I can’t promise you this process will fix everything in every company’s hiring process, but in our case, I can tell you we went from having to fire 9 of our first 11 hires, to now having almost 50 full-time tribe members and a one-year exit rate well below 25%.