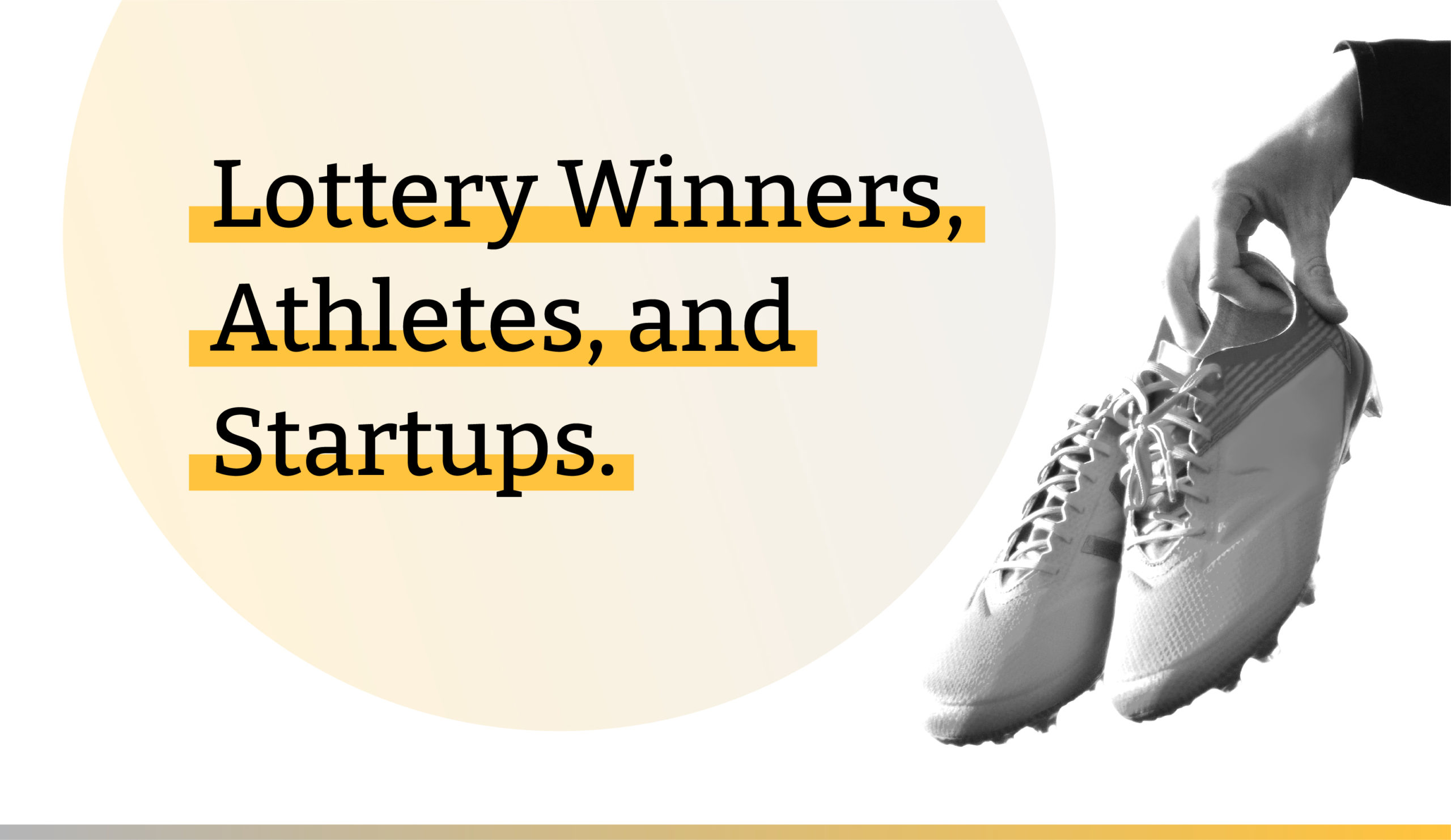 Lottery winners, professional athletes, and VC-backed companies have something in common.

They win more money than they’ve ever seen, practically overnight—with a $1 ticket, a contract that seemingly sets them up for life, or millions in capital raised to start their business.

In the case of VC-backed companies, a documented 70% go out of business.

The common denominator is this:

If you’ve never had $2,000 a month (or less) to your name, what are you going to do when someone hands you $50 million dollars all at once?

If an athlete or lottery winner is raised in a low-economic household, chances are they’ve never had a financial plan or even a checking account.

Next thing you know, they’re buying the big houses, fancy cars, eating out every night, flying private, and every distant relative has come out of the woodwork looking for “a little help.”

Then they turn around and the money is gone.

When it comes to business, you only have to look to the latest industry news to see what I’m talking about.

A startup raises an $18 million Series A from a VC.

Suddenly, that tiny office in the suburbs isn’t good enough. They move downtown where all the other startups are and spend $2 million just on the build-out.

Then they go on a hiring spree.

Then it’s the free beer on tap and multiple flat screens hooked up to VR headsets next to the ping pong tables.

Then the over-the-top annual company meetings where they pay $6 million for a top celebrity to perform.

Come to find out, at the end of the year, they’ve made no profit.

So it’s off to file for a Series B for another $20 million, and the cycle continues until the money runs out.

Of course, when you’ve gone without for so long, it’s easy to want to have it all when the money is in your hands—believe me, I know.

But as someone who lost it all once and then worked to regain it, I learned that you have to look at the long game.

It’s critical that your numbers are in order so that, when catastrophe strikes, you’re not looking at a room full of toys that do nothing to help your business or the team you serve.

Because the truth is, there is a recession looming (and if you think there isn’t, you’ll find you and your company in the situations above).

What happens when you’ve got that fancy downtown building but the rent is so high you can’t make payroll?

What happens when your accounts receivables dry up and you have to lay off all those extra people you hired without needing them?

I’ve seen so many startups fall into this trap.

Knowing your numbers and, more importantly, prioritizing them is critical to scale and longevity—to ensure your winning lottery ticket or sports contract, or VC funding truly sets you up for life.