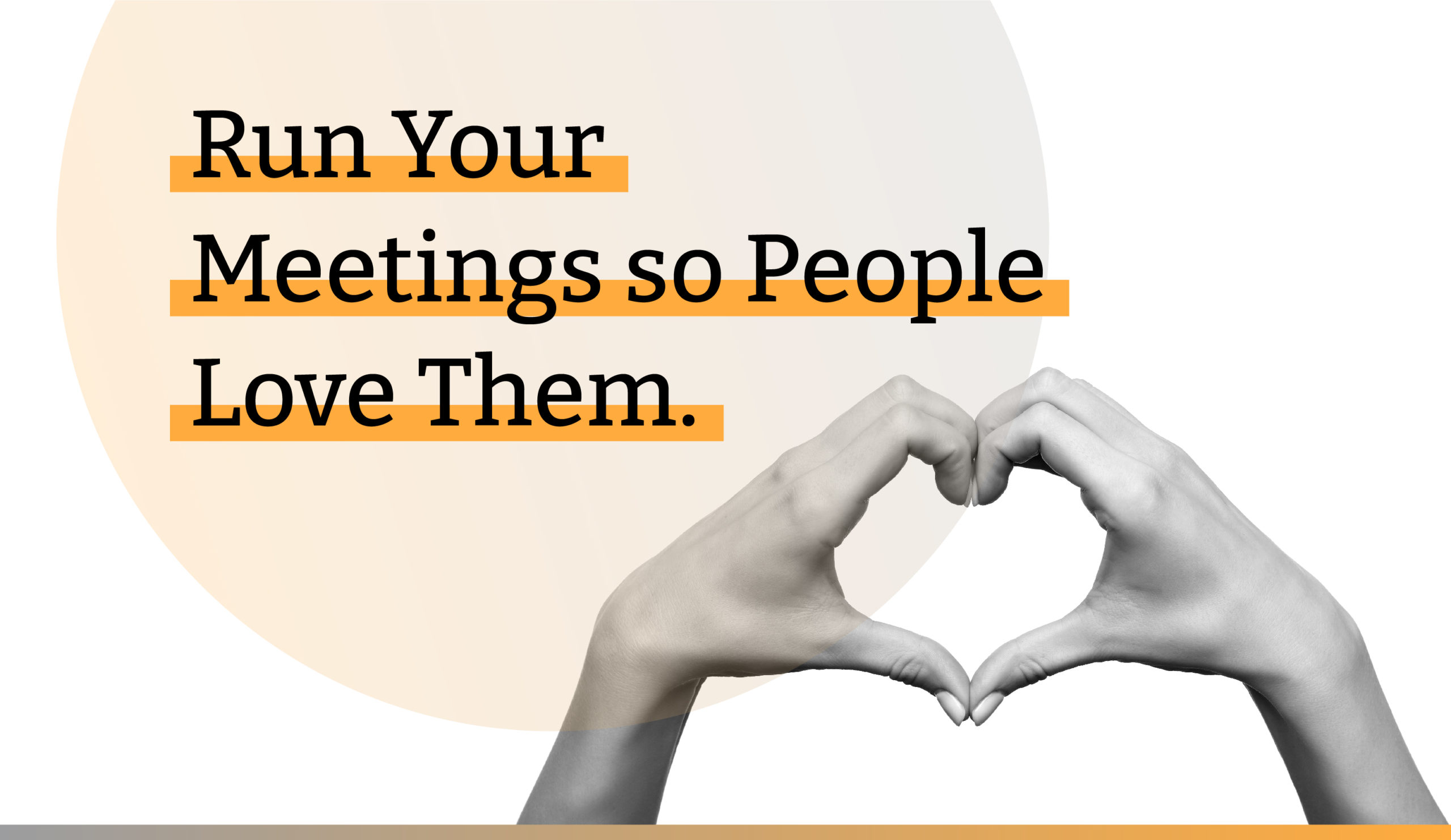 They ran their meetings the way that most startups run them: loose, free, positive, lots of cheering, totally opt-in, anyone could speak at any time.

Their thought was because that’s the opposite of a corporate meeting style—rigid, structured, long, lecturing—that was more democratic and better.

Well, they definitely succeeded in not having corporate meetings—but by intentionally being the opposite of a corporate meeting structure, they were screwing up in different ways. There were so many pointless meetings, and those meetings were full of people just talking aimlessly. This had to stop.

Within three months, I cut the total company meeting time by over 300%, and we get more done in the remaining meeting time. This is exactly what I did:

1. Put all departmental meetings on the same day

When I arrived, they had a standing all-hands meeting Monday, then four different departmental meetings, each on a different day of the week. They thought this was efficient, because it meant just one meeting a day. That’s wrong.

We switched to having ALL meetings on Monday.

This is because we want to have all our standing meetings on one day. First, departmental meetings, and then the day ends with our all-hands. That way we can express to the group collectively any insights that came up.

After the all-hands, everyone is in execution mode the rest of the week. No more talking, just action, which is what a startup must have.

This tactic has the added benefit of enabling people to spend the majority of their week on a maker’s schedule versus a manager’s schedule. Paul Graham explains the concept well, but the basic idea is that having large blocks of uninterrupted time is the key to doing the type of work that entrepreneurs and startups do.

They thought we were helping people by splitting the meetings apart, but actually they were robbing them of the time to concentrate and get actual work done.

2. Every meeting must have a clear agenda—otherwise cancel it

The founders made the agenda of every meeting open and crowdsourced. They thought this was a really cool way to do it.

It’s not. It caused chaos. I can’t tell you how many times I was in a meeting, only to spend time trying to understand why we were having a meeting.

People would say, “Okay. What’s going on? Anybody have any feedback? Anybody have anything they want to discuss? Is there an agenda?” Don’t collectively bring everybody together for a meeting to find out why to have a meeting.

Now, one person owns the agenda for every meeting. Anyone can put something on it, but they clear it through the meeting owner. That agenda is public.

We stay on topic with the actual meeting agenda. At the end of that meeting there’s a takeaway and action to be taken.

We implemented a very simple four part test for both having and running a meeting:

It is simple, but incredibly effective. And the best part is that it lets us cancel all sorts of meetings, makes the ones we do have effective, and gives us clear things to track.

3. Everyone must speak up

The founders often spent time lecturing and pontificating during meetings. I don’t believe they meant to do that, but it always happened anyway. We quickly put an end to that.

I explained that they should stop talking so much and, instead, give the basic information, then ask if there are any questions, and then shut the hell up and give people space to answer.

People are ALWAYS more engaged in meetings if the leader facilitates other people talking instead of doing all the talking. Get people to talk, and everyone is in. Ask people to listen to your lecture, and you lose them. Ask questions, let them think for themselves and speak for themselves, and they’ll learn more.

Also, we made it very clear that all discussion of this topic must happen IN THE MEETING. If anyone disagrees or has an insight or wants to contribute, the time to discuss it is during the meeting, not after, because if we don’t, it’s not going to get fixed.

We absolutely stopped the wait to talk in smaller groups after the meeting mentality that leads to no feedback in meetings and decisions being made in small groups in the dark instead of by the whole group in the light.

We eventually integrated these principles into our company culture, and it has really worked—there is virtually no “water cooler” discussion anymore. Any discussion or debate goes on in public, in the meetings where it’s designated and everyone engages.

A big part of having engaging meetings is to actually delegate who runs the meeting. Instead of always having the “bosses” run the meetings, I had the founders delegate this to lots of different people.

When we have someone else run a meeting, it not only engages them in that meeting, but it makes them more engaged in meetings they don’t run. That’s because now they’re thinking about every meeting in terms of “How would I run this?” They are now judging every meeting as a potential meeting leader.

A huge part of having great meetings is having everyone see themselves as a leader at some level, and the only way to do that is to actually let them lead.

5. If a meeting can start without you, you shouldn’t be in it

This is the last rule I implemented. It’s very simple:

If a meeting can start without you, then you shouldn’t be in it.

One of the central crimes of meetings is having people in them that don’t need to be. The founders fought me for awhile on changing this. They wanted to keep the “democratic” and “opt-in” style of meetings, where anyone could be in it, for any reason.

I’m all for transparency, but having people in meetings for no reason is just a waste. So I started posting the cost of each meeting. And then at the end, I’d ask them, “Was it worth it to spend $1200 for this meeting?” They changed their tune very quickly. (Note: I used this Meeting Cost Calculator to figure it out.)

Now, everyone knows exactly the meetings they need to be in, and are only in those.