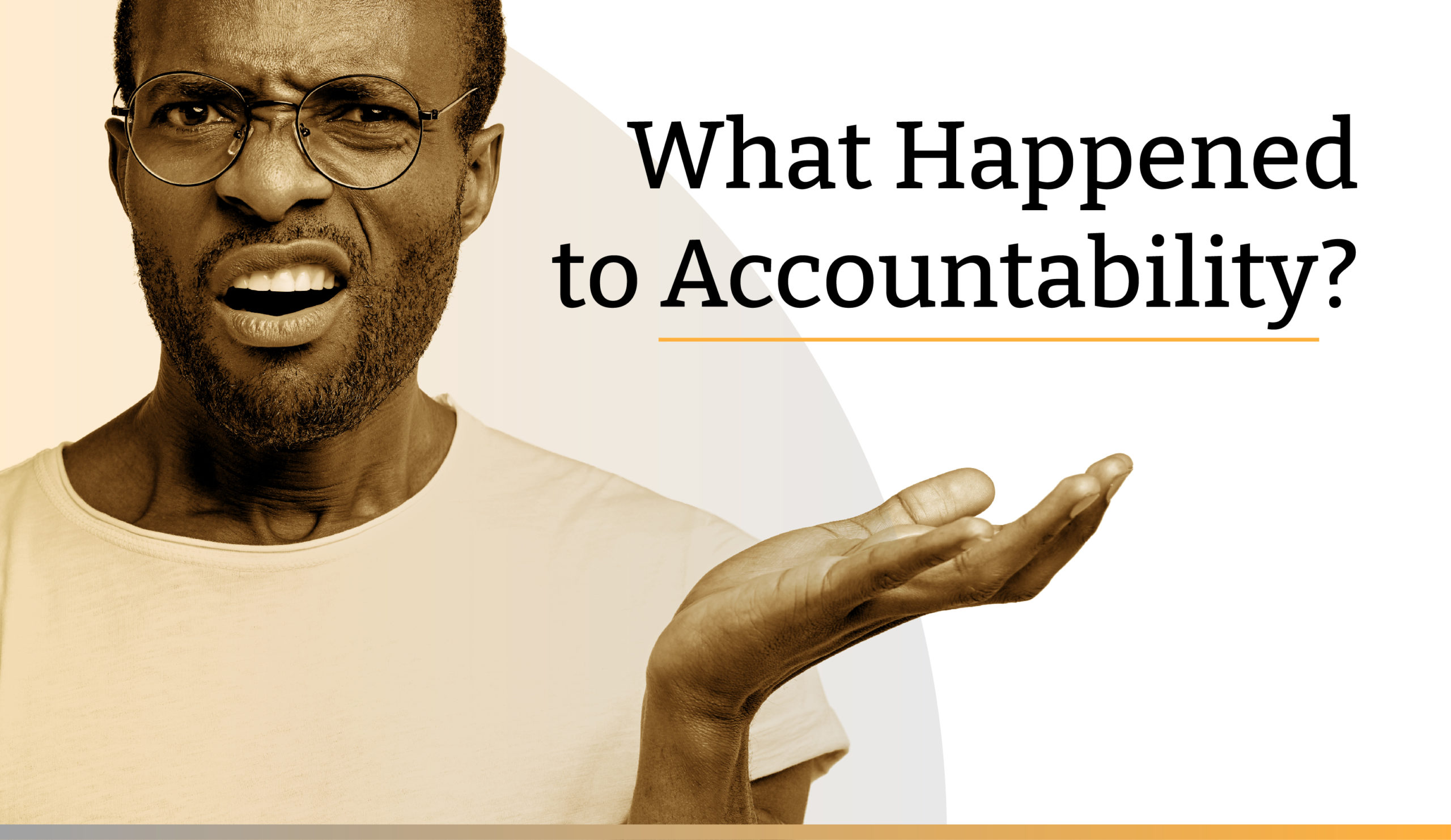 At Scribe, we’ve experienced tremendous growth in a short time. As such, we are in the process of expanding our office space considerably.

Just last week, the owners of the building we occupy told me that they hadn’t obtained the permits necessary to finish the work by our agreed upon date. Because of that, we’re now looking at a finish date of more than two months later than we originally requested.

This was frustrating to say the least, and it brought up something that’s been a sore spot for me for a long time.

Work ethic and accountability—the two are closely related—seem to be a thing of the past nowadays. I don’t mean that they don’t exist, but you see it far less often than you used to.

I know I sound like an old man telling the kids to get off my lawn, but there was a time when no job was beneath you—when any type of work was seen as an opportunity to get ahead.

Our grandparents were happy to flip burgers. Now people look down on working at a fast food place.

The truth most don’t want to face is that we live in an entitled country. A vast majority of people—largely ones who were born here—believe they deserve success. That it should just come to them because they exist.

No one wants to work on something that they think is beneath them because they feel they shouldn’t have to—that we’re in the land of opportunity and so success should be handed to them tied up with a bright red bow.

It’s either that, or people fall back on the excuse—yes, excuse—that society and “the system” were set up to hold them back, so why work hard when there’s no possible way for them to get ahead.

Fact is that when you’re willing to do what the other person won’t, you’ve taken a huge leap forward in your path to success.

The problem is that most people either haven’t had to do that, or they won’t.

I have—and I’ve never forgotten it.

Let’s be real—as a mixed-race son of a black pimp father and a white orphan mother, with no college degree, I had every reason to say that I had the cards stacked against me. Because they were.

I knew what it was like to go to bed hungry and wonder when the power would come back on. I saw a grown woman spit in my mother’s face for being a “nigger lover.” I took care of my siblings when I was just a child myself.

I had every reason to give up.

Instead, I held myself accountable to the only person I could—me.

The boss needed me to work late? No problem. He needed me to come in on Saturday? I was there, no questions asked. Need me to take out the trash? Tell me where the bags are so I can refill the can when I’m done.

Even now as CEO, if a tablecloth needs ironing for one of Scribe’s booths at a convention? I’m down on my knees doing it because it needs to be done. The three letters behind my name don’t put me above that.

What you will do when no one is looking is what you will you do when everyone is. And that is how you succeed. Well, it’s how I succeeded. That accountability mindset put me on the path to success.

It will help you to develop a rock-solid work ethic—one that will give you the strength to do what the next person won’t.

It will give you the integrity to never fall short on your promises.

Whether you come from money or you don’t know where your next meal is coming from, remember that you deserve nothing except what you work for.

That mindset will take you as far as the limits you set for yourself, in business and in life.